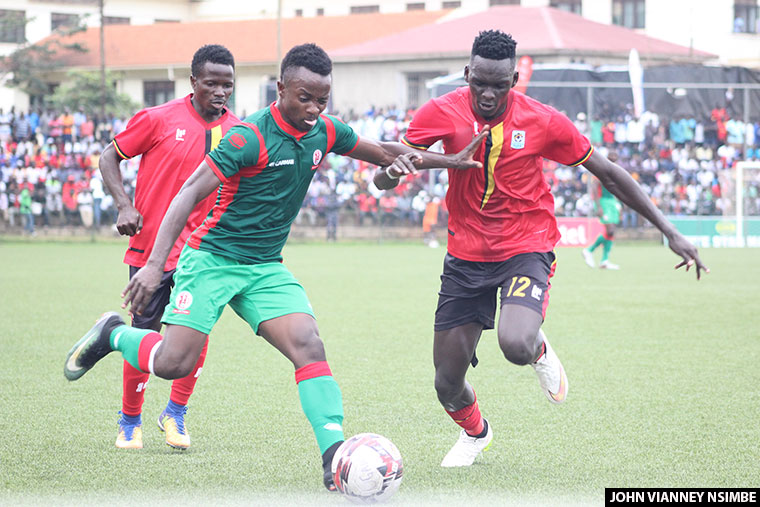 The 20-year-old  Uganda Cranes  star  is relishing the prospect of continuing his professional career under the Arsenal and France legend.

No sooner had it been announced that Mustafa Kizza was joining Montreal Impact in Major League Soccer (MLS), than he enrolled for French lessons.

According to sources close to Kizza, the 20-year-old defender, that had social media awash about his agreed three-year deal with the Canada based side, is determined to have an impact at Impact!

And there is no better way to do that in a new environment like North America is going to be for Kizza, than finding easy ways to assimilate. A source, who preferred anonymity, told The Observer, that as soon as Kizza learnt, that he will remain here at least until December, he had to seize the moment.

Montreal, which is the largest city in the Quebec province, is French-speaking. Perhaps, there is nothing that helps one settle into a new environment faster than when they can communicate to find their way around. And until December, when Kizza will be expected to join his new teammates, he has five months to have learnt some French.

Although being able to speak French will be good for Kizza, the reason Impact sought him out was for his footballing qualities.

Ultimately, that is what will keep him in good stead at the club. Cranes assistant coach Abdallah Mubiru said: “Kizza has some exquisite qualities. For example, he is such a good crosser of the ball, which has ensured that he is always among the assists for both club and country.”

Mubiru feels that for any footballer to succeed, they must have distinct qualities (strength), that make them stand out. Essentially, Kizza has a start-off point from which his coach Thierry Henry will begin working with him. Kizza will always contribute to the attack, something not so many defenders can.

In July last year, it was Kizza’s 30-yard strike for KCCA that sunk Azam FC 1-0 in the Cecafa Club final in Kigali, Rwanda. Yet, being a defender, Kizza’s main brief will be keeping it tight and tidy at the back before he thinks of marauding. Mujib Kasule told The Observer, that Kizza is heading to a championship that is so physical, athletic and tactical.

This, Kasule noted, is due to the import of many high-level coaches. Kasule added: “Kizza must prepare himself in the months he is still here, to ensure that he bulks up a bit so that he is ready for the physical part of the game. Otherwise, once opponents realize that he is a weakling, they will target him. That can compel his coach to bench him instead.”

That said, Kasule feels that seeing the nature of Kizza’s game over the last few years, he is a fast player that interprets the game relatively well. With Kizza’s good dead ball speciality, from which he has converted free-kicks for both club and country, he should be able to hold his own.

Right here, Kizza, who was runner-up in the Fufa Airtel Player of the Year awards 2019, could confidently believe he was one of the best players in the land.

Mubiru feels that maintaining his self-esteem is pertinent for Kizza, in order to succeed in the MLS. Mubiru feels that so many Ugandan players are affected by self-doubt when in foreign leagues.