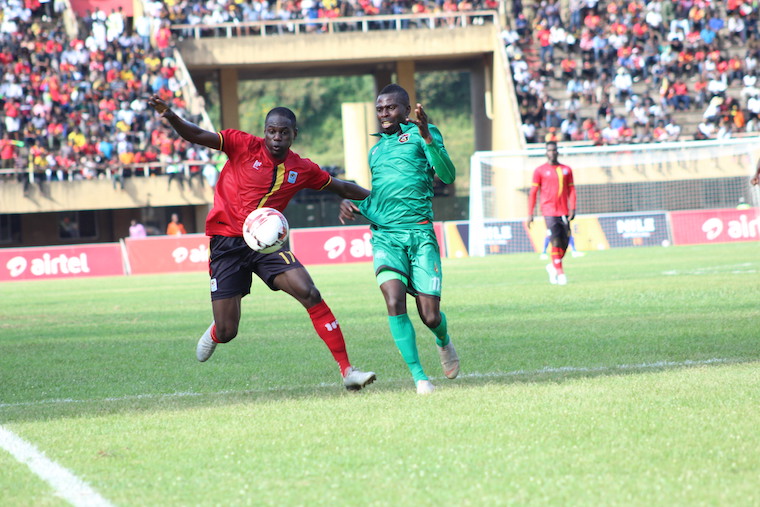 Farouk Miya (L) has made case for a possible return to the Cranes’ fold with his recent performance at Turkish side, Kayanoor

For many disciplines, the remaining months of the year are too short to allow teams train for the start of the season as well as negotiate the logistical encumbrances involved.

“I highly doubt it will take place,” he put it succinctly.

And he is not alone, after all. Uganda Cricket Association chief executive officer Martin Ondeko’s response was less definitive but highly speculative.

“All this depends on when the lockdown on sports will be lifted and the time left in the year.”

Federation of Motorsport Clubs in Uganda president Dipu Ruparelia says their fate is in government’s hands.

”We as FMU are hopeful but you know this decision will come from the highest organ, government, who will advise us when the time is right and hopefully if there is time and the clubs and drivers are ready, maybe we can do a couple of events to finish the calendar.”

The time factor makes the picture gloomy for competitive sports to return. The year is well inside July, a time when most sports calendars are functioning at their peak. It is around this time that the Pearl of Africa Rally, the biggest event on the National Rally Championship calendar, is held, for instance.

But motorsport, which is famed for being a crowd-puller, is listed as a high-risk sport, meaning its return won’t be authorized anytime soon. While biennial and quadrennial competitions like the Africa Cup of Nations and Olympics have been delayed by a year, domestic calendar events do not have the same luxury.

That explains why Fufa had to abruptly end the Uganda Premier League, and question marks remain on the future of the Stanbic Uganda Cup. Sserunjogi admitted that some clubs are interested in playing whenever the lockdown is lifted but similarly others have already started planning for the 2021 season.

“The suspension of activities has hindered our plans because we wanted to work with schools on different programs; from mini basketball all the way up to higher institutions of learning; but with academic institutions closed, nothing can be done.”

What Fuba has opted to do for now is use the lockdown period to reorganize other aspects of the game.

“We are now working on issues like governance, administration, marketing and branding with the various clubs.

“Because we realized that without preparing our clubs to that level, we would be wasting time. Our goal is to at least attain a level of semi-professionalism.”

The 2020 summer Olympics, the biggest sporting games in the world, are due to be hosted in Tokyo, Japan in late July and early August. The Olympics will be staged one year late because of Covid-19.