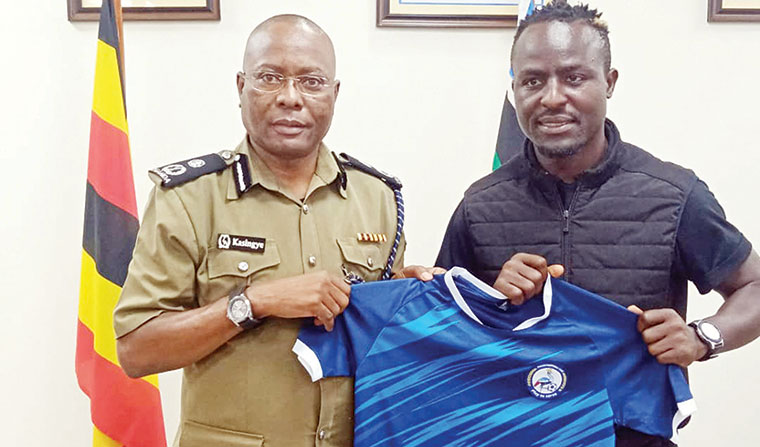 Tony Mawejje has been signed by Police FC

The return of Tony Mawejje and Denis Iguma to domestic football is evokes a bittersweet feeling.

For starters, they have signed to play next season for Police FC and KCCA FC respectively. Now in the evenings of their careers, critics claim the experienced players have signed to play in the Uganda Premier League (UPL) simply to pick up their ‘pension’ but on the other hand, it can be argued their return to domestic football will greatly help youngsters in both clubs pick valuable lessons in professionalism.

Besides, being active in the UPL could also be the springboard to revive their careers to attract interest in big clubs abroad. Playing alongside the duo will boost the competitiveness of players from both sides of the pitch but as recent history suggests, that is not a foregone conclusion.

In fact, it can even have a detrimental effect on team balance if one is to go by the recent return of Hamis ‘Diego’ Kiiza, Vincent Kayizzi, Nestory Kizito, Hassan Wasswa, Keziron Kizito, Steven Bengo and Patrick Ochan among others. Worse still, I’ve seen how some ‘returnees’ use their status to create disharmony in club boardrooms.

In fact, it is almost 25 years since the last returnee lit up the league. That was Jackson Mayanja after the termination of his contract with Tunisia’s Esperance. He re-joined KCC to spearhead the rise of a golden generation at the club.

In 1997, he led KCC to the league title and also helped the club to reach the semi-final of Caf Cup (for the first time). Previously unheralded youngsters such as Baker Mbowa, Lawrence Musoke, Hussein Ssali, Haruna Mawa, Wilbur Musika and Morley Byekwaso, among others, rose to the occasion when Mayanja guided the team and helped instil a fighting spirit that had deserted the club after the retirement of Phillip Omondi in…..

A lot was also expected of Magid Musisi when he returned to SC Villa in 1999 but by then, his trademark speed and marksmanship had deserted him.

So, the question is; will Mawejje and Iguma grab headlines for the right reasons? That’s my hope, especially if they still have the competitive spirit. That spirit was first exhibited in 1981 when Jimmy Kirunda returned to KCC after a two-year stint in the UAE.

Kirunda was still at the top of his game and arrived to stabilize a leaky KCC defense that had won nothing since he left.
Indeed, he reasserted his dominance to lead them to the Uganda Cup crown and a move to SC Villa in 1982 yielded an unbeaten league title.

Meanwhile, Phillip Omondi return from Sharjah in UAE is best remembered for his guiding of KCC youthful strikers Joseph Sekitto and Frank Kyazze, who later created a deadly striking line.

In fact, it goes without saying that while most of the returnees in the eighties were still in their prime, those in recent years have been over-the-hill, thereby rendering their impact small. Regardless of that, my prayer is that Mawejje and Iguma can serve as role models for the hundreds of football youngsters eager to follow in their footsteps.