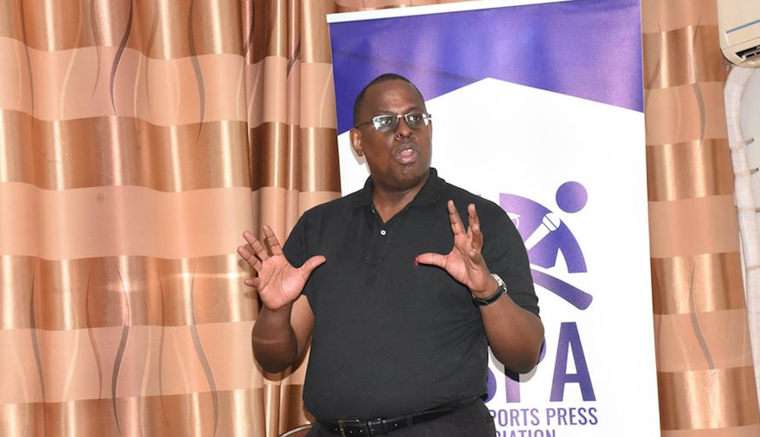 The return to competitive sport remains a long shot from now with the National Council of Sports (NCS) and the ministry of Health locked in back-and-forth discussions centered around guaranteeing safety of sportsmen and officials from the coronavirus disease pandemic.

What that has meant is that federation bosses and sports association heads have had to embrace online video conferencing to manage their respective bodies as they try to negotiate the most ideal way back into competitions and tournaments.

It helps that the overwhelming majority of sports heads are being led by young Turks in their 30s or 40s, who are in touch with modern management trends and possess a mindset that belongs to the future. The Uganda Boxing Federation is led by Moses Muhangi, who at 32 is the youngest sports leader in the country.

He views his election to the office as an honour but is quick to note that we should judge him for his performance as UBF president, and not for his age.

“It is the ideas that I cherish for the federation that should matter because there are people that may be young but without ideas and there may be people who are old but with ideas,” Muhangi told The Observer on June 22.

“Still, I believe that boxing was lucky to choose me and I hope that we can take the sport to next level.”

One sport that has registered notable success on the pitch is football, whose head is Moses Magogo. The 44-year-old became Fufa head at 37 and in his two terms, Uganda Cranes have qualified for back-to-back Afcons after ending a 39-year duck.

He has built the secretariat, grown the Fufa budget from Shs 4.5bn in 2013 to Shs 40bn in 2020 and is Uganda’s first Caf executive committee member. He sees the trend of young leaders as a reward for all forces seeking professionalism and commercialization of sport.

“This wave will not stop,” Magogo says. “Anyone not boarding this bus will be left out because the present and the future are for young men and women.”

Magogo’s sentiments are echoed by Moses Matsiko, president of the Uganda Golf Union. The 40-year-old, who was elected in March this year, sees loads of opportunities through different sports disciplines which can benefit from building synergies arising from the group of young leaders.

“I believe that if we as golf wanted to conduct a clinic of young golfers in Fort Portal, we shouldn’t have a problem engaging for instance Fufa president Moses Magogo for a bus which we would be happy to fuel.

“Such relationships can grow all of us collectively because we think alike and have the same interests and energy in trying to make a positive impact for sport and society.”

“Today we have a bunch of young, competent and energetic people who are educated. “In fact our issue as council is not the quality of leaders but the resource envelope, which we believe must grow to adequately cater for the growth and professionalism of all our 51 members.”

Ogwel intimated that the new generation is not of “desperate people who are struggling to survive.” “If we work collectively as a team with the various sports leaders, we shall achieve big things. Because we are also lucky to have an elite group of educated athletes.”

Sports minister Hamson Denis Obua thinks the apex age of sports administration and governance is in the early 40s.

“That is an age that is agile, proactive, action-oriented, and results-oriented because of a dynamic mind. “That group possesses the potential to steer the subsector into greater heights because each one is preoccupied with leaving a legacy and building sports for the future.”

Obua added that the next challenge for the young leaders in sport was to market their ideas to all stakeholders in sports development including the public and private, and not leave it to just government.