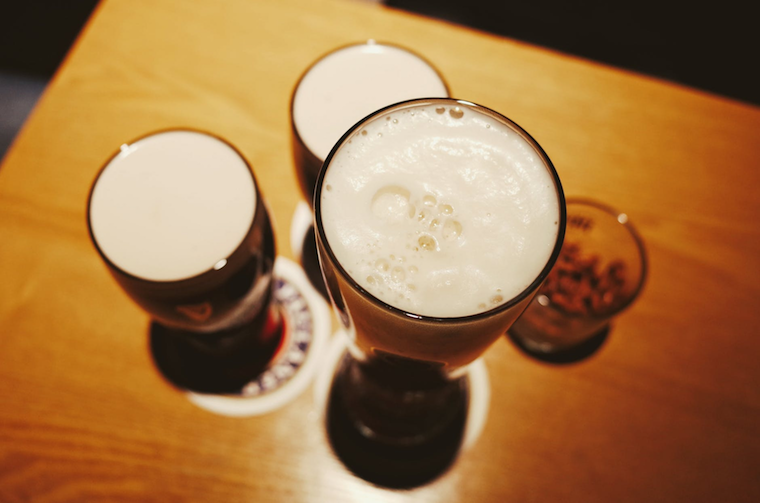 The recent death of former Uganda Cranes legend Jimmy Kirunda sparked the debate about the wellbeing of our former stars and brought into focus the chronic problem of alcoholism that has ruined many careers, writes MARK NAMANYA.

It has been one of football’s most profound issues for decades, but one that has usually been discussed as an afterthought. It is a problem that has ruined careers, led to loss of lives of former footballers and left several of them living a destitute life.

We are talking about alcoholism in Ugandan football. Last week news filtered through that former Express, KCC, Bright Stars and Uganda Cranes international Jamil Kyambadde was living in a very sorry state. According to a former teammate of his who spoke to The Observer on condition of anonymity, the player is now a cast-iron alcoholic who needs to be helped urgently.

“He shakes like many alcohol addicts and looks wasted after years of abusing the drink,” his former teammate observed.

“He rarely eats and when he does, it is from strong persuasion from his wife, Hawa, who has stood by him.”

Kyambadde, a father of three, once possessed the most gifted left foot in the league and was revered as a playmaker, dribbler and passer. But a chronic fondness for the bottle ensured that he never quite realised his full potential.

A number of ex-teammates of his and friends are trying to come to his rescue including Proline director Mujib Kasule in the hope that they can help him beat his addiction. There are discussions to admit him into rehabilitation in Butabika hospital to help put his life back in line.

Kyambadde is one of several ex-players who have struggled with alcoholism after football. The late Friday Ssenyonjo, once of Express, SC Villa, Military Police and Uganda Cranes, literally drank himself to death in his Kisaasi home in Kampala after giving up on life.

The adulation he enjoyed on the pitch was a distant memory as he struggled to cope with alcohol abuse. He passed on in February 2016. Lawrence Kizito is the chairman of the Uganda Football Players Association and he says the challenge of sensitizing footballers is one they confront every day.

“We speak to players whose careers are still alive and make it known to them that life at 40 is different from the one they lead as players,” Kizito explained.

“We encourage them to save, to lead a responsible reasonable life because there is a huge load that awaits them after retirement.”

Kizito says they have engaged Fufa president Moses Magogo to help them create a fund that can help look after ex-players.

“There are many problems experienced by ex-players and while the fund will not solve all of them, we believe it would help us start from somewhere in attempting to cater for the needs of former players.

“The challenge, however, with most former players is that when we call them, they do not want to come for out meetings. Instead they expect us to go to them.”

When former players turn to alcohol out of frustration and desperation, it diminishes their esteem and immunity and this usually leads to fatal complications. Former stars like Sam Musenze, Godfrey Kisitu, Wilson Nsobya, Timothy Ayiekoh, Edward Semanda, Mike Kiganda, Steven Segujja, Moses Lasu and Joseph Mulego are fallen footballers who struggled with alcohol in their last years.

But as Sadiq Wassa, the former distinguished Uganda Cranes goalkeeper of the late 80s and 90s, showed, it is very possible to beat an addiction and fully recover. Wassa very nearly lost his life after abusing it with consumption of local brew for years but he is a teetotaller today and evidently leads a healthier and better life.

Wassa’s testimony would give hope to Kyambadde and other former players and internationals who have all but given up on life.

0 #1 Apollo Ekelot 2020-06-23 13:49
A couple of things missing in the lives of these distinguished persons. First and foremost the absence of a functioning social security system in the country.

The average career of a footballer is much shorter and most often with no marketable skills outside of the football they played. These persons experience financial distress not so long after they retire.

This matter is complicated by the fact that while in other professions, employees retire at sixty, these footballers retire at hardly forty!

This short career span with often poor financial management at the time when they are earning, creates a challenging transition into the other life after early retirement, the financial plight of the professional footballers is real.

I am wondering, these people undertook what was called “nation duty” I feel embarrassed that these patriots live destiute lives.
Report to administrator
0 #2 Apollo Ekelot 2020-06-23 13:49
Unfortunately, this happens to most citizens who retire from active service to our country.

I suggest that pension, health, and accident insurance be made compulsory for persons who derive their main income from sports. This should be contributory like NSSF, where the player and employers (government & clubs) contribute
Report to administrator