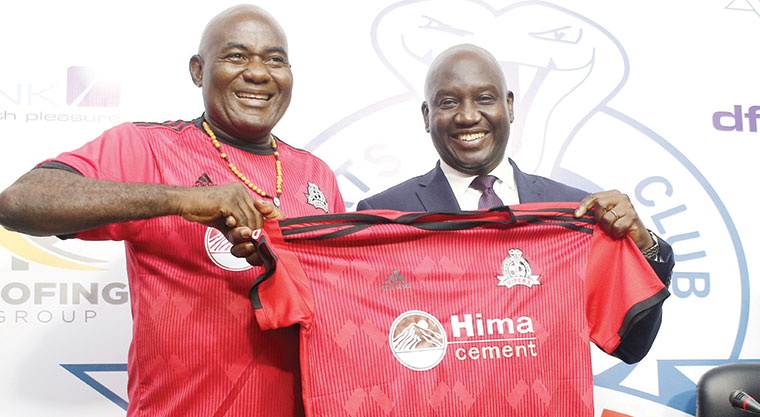 It is a dream job for many a coach, but one that comes with a huge asterisk. The club’s owner Dr Lawrence Mulindwa is demanding, and success must always come for whoever is in charge.

But today, it is not just success; winning trophies must be done in style. In the last 14 years, the club has averaged 14 coaches including the treble of stints done by the recyclable Edward Golola, whose love-hate affair with the Kitende-based club continues to defy mother time.

And in the latest development, the club has opened the window for applicants in a direct move to replace Fred Kajoba, who assumed the job five months ago. In fairness to Mulindwa, his methods can’t be faulted if you consider the success that has come the club’s way.

The Venoms have won three league titles, one Uganda Cup and last year’s Pilsner Super Cup. Beyond that, the club has established itself as one of Uganda’s premier league’s best by building a formidable brand that has lured companies to sponsor them.

The team has built a significant following to rival SC Villa and Express, and in St Mary’s stadium, Vipers possess the leading privately-owned stadium in the country. Other add-ons include a state-of-the-art gym and a classy team coach that have the team enviable in the Uganda Premier League.

Today a considerable number of national team players are former players of the club, including Faruku Miya, who scored the goal that took Uganda to a first Africa Cup of Nations in 39 years. Vipers, by all accounts, are a force to reckon with in Uganda club football today.

Their two-team rivalry with KCCA over the last four years has extended to developments off the pitch and raised the bar for the rest of the top division. But Mulindwa is perhaps the most demanding club owner there is.

And coach Fred Kajoba, who was appointed in January to replace Golola, would do well to tread with caution. Like the coaches before him, Kajoba’s unveiling to journalists by Mulindwa was a well-attended, joyous occasion for all parties. It foretold happy times ahead.

The former Bright Stars coach handled a few matches before the coronavirus lockdown led to the league’s postponement. They were last week awarded the fourth championship in their history by football governing body.

Yet titles do not guarantee job safety in the eyes of Mulindwa. Mulindwa and the club’s administration are keen for Vipers to win with a style that defines them, and that remains to be seen. KCCA have achieved it under Mike Mutebi, whose job security is almost full-proof, to a large extent but Vipers want to do it better.

And if Kajoba is to get the job on a long-term basis, he must develop a project that ensures that the club can sell players for a profit to score highly in his appraising. When Mulindwa hired Javier Martinez Espinoza, he told reporters that he envisioned owning a team with a conveyor belt of talent.

“Our dream is to sell players to big clubs around the world and we have brought in a coach who we think will help us groom them into that, a coach who is a teacher and who will add value to the already existing talent,” Mulindwa said.

“We no longer want Vipers to be just participants in competitions and just get satisfied with winning the league trophy; we want to build a big team, a giant that will conquer Africa.

“We are heading to that level and our matches are going on television; so, we had to bring in a capable coach because we have other objectives and targets,” he added.

That was in August 2018. Some 143 days later, the Mexican was fired. Kajoba won the league albeit from the boardroom but as witnessed with various coaches at Vipers, lifting the league title at Vipers is sometimes not enough. The jury for Kajoba, in the eyes of Mulindwa, is still out.