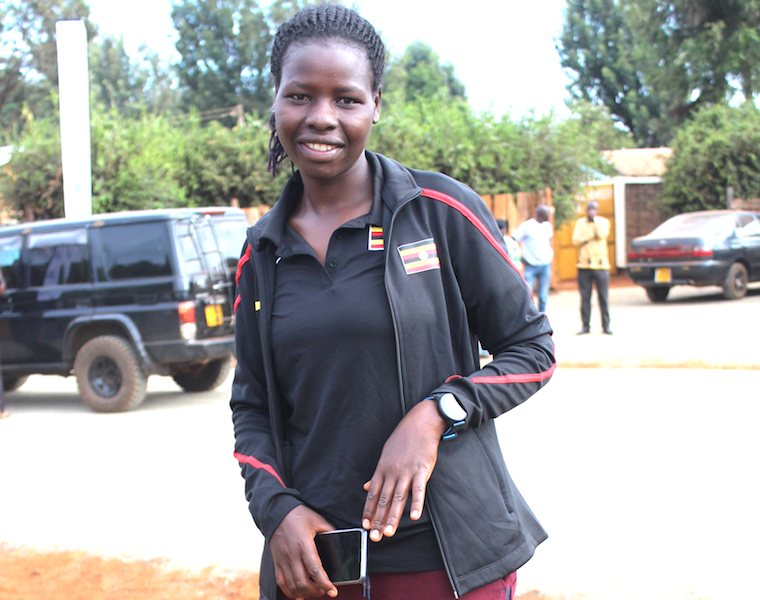 On April 14, many Ugandans were gripped with despair after President Museveni announced a three-week extension of the lockdown.

This lockdown had started March 18 when the public were first ordered to stop working, and stay at home, following the spread of the Covid-19. But maybe Ugandans can pick a lesson from some of the local professional sportsmen and women on how they survive, since many go months without pay.

While the current lockdown circumstances are a novelty to many, to footballer Steven Luswata, this is as normal as it gets. Luswata, who depended on football for bread, quit Tooro United in January after four months without pay. Yet, he had to eat every day. But this was not the first time Luswata spent months without pay. During Express FC’s hard times between 2015 and 2017, Luswata was not paid for over six months.

With such experience, survival instincts have got into motion. Former KCCA FC captain Denis Okot also endured a tough 2014/2015 season at the now-defunct Sports Club Victoria University, without pay for months. He had saved some money in sign-on fees, when he joined the club in 2013. So, when they were not paid, he relied on his savings. That is a lesson to learn; how to save.

Yet, with the average middle class earnings of Shs 1m ($300) for a Ugandan corporate, how much can one save with all the bills to pay?

Okot said: “Regardless of the bills, football taught me to save. I was not sure my next salary would come as promised. Whenever I was paid, I sent money home (Gulu) and planted some crops, which I either sold or ate, when I did not have money.”

Although KCCA were prompt at paying Okot, he maintained the practice of preparing for any eventuality. Even now at Bul FC, where he is captain, and duly paid up, investing in agriculture is some sort of surety for Okot.

However, probably not many city dwellers can compare to Okot. Yet, the story of long-distance runner Mercyline Chelangat resonates with many informal traders, casual workers, corporate employees and businesspeople.

Back in February, Chelangat projected a good payday by this time. Uganda’s 10,000 metres bronze medalist at the 2018 Commonwealth Games in Gold Coast, Australia had stepped up her training in preparation for races in Europe. It was in these races that she hoped to match the Tokyo 2020 Olympics qualification time.

In Chelangat’s projections, she would run in a couple of events guaranteed between $2,000 (Shs 7m) and $5,000 (Shs 18m) in appearance fees at each. But with the world in lockdown today, so are Chelangat’s possible races. Although she said that this Covid-19 prevalence had left her broke, she knows so well how to adapt.

Before Chelangat became a national star, she vividly remembers how they would survive on one meal a day and squeezing themselves in a small room that was the family home. She recalls they had to do extended labour on their neighbours’ gardens to get some food.

Currently, Chelangat grows her own food at her home in Kapchorwa, on land she bought from her race earnings. But like many athletes, Chelangat misses racing. For many sportsmen and women, the sheer lack of activity has even proved to be more depressing.

Cricket Cranes star batsman Roger Mukasa misses seeing his cricket mates. However, he added that unlike the suggestion that sportsmen and women in Uganda are well placed to handle the current lockdown because they are used to being defrauded, it is different for him.

He does not remember going unpaid for the last decade. In fact, during this time, when the cricket league cannot start and, therefore, no training and match-day allowances, let alone salaries, Mukasa’s Aziz Damani club provides him with all basic home utilities, to even complain.

Philip Ameny, a professional basketball player in the Ugandan top-flight league, learnt self-sustainability the hard way. Between 2015 and 2016, when his club at the time, Falcons, struggled financially, there was a time he went six months without pay.

As a foreigner from Kenya, it was a time, that strengthened him mentally, even as difficult as it was. Ameny decided to start a small business, selling car radios. Having side jobs is imperative to survive non-payment, although in Luswata’s case, he added that having contacts (friends), and learning to live small (shoe-string budget) was always a life-saver under such circumstances.