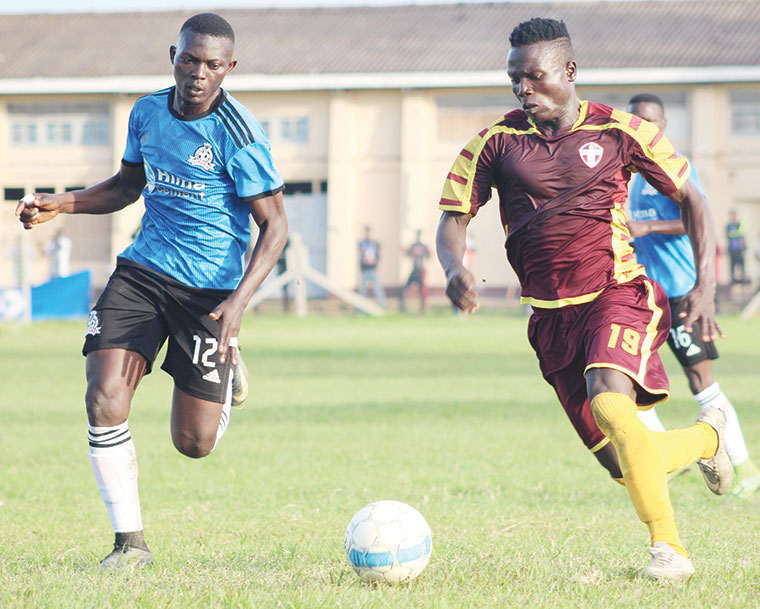 The one guarantee about the home straight in the StarTimes Uganda Premier League title race is that there are still many more twists and turns,

Last week both Vipers and KCCA, who played a stalemate on February 18, failed to win their subsequent UPL matches in what can be viewed as fragile nerves for the two contenders.

But with the games diminishing, it is Vipers who are in pole position considering they hold a four-point cushion and can afford to drop a game and remain top. But coach Fred Kajoba will not want to take chances when Maroons visit St Mary’s stadium in Kitende this evening.

The Venoms were poor in the 1-3 loss to URA and Kajoba will demand a dratsic improvement from his charges knowing that victory will be one major step to regaining the title from KCCA.

Strikers Dan ‘Mzee’ Sserunkuma and Fahad Bayo have gone off the boil at the business end of the season and Kajoba will hope that Milton Karisa, cleared barely two weeks ago, can spark the club in the championship run-in.

Vipers will be interested in events at Lugogo where Police will take on KCCA. Police may be occupying an unusual position in the lower half of the table but Abdallah Mubiru’s side are famed for a neat, silky style of play that is sure to cause KCCA problems.

Mike Mutebi’s side must do without Musa Ramathan, who was sent off in the one-all draw with Express last Saturday, February 22. Also missing is goalkeeper Charles Lukwago who sustained injury against the Red Eagles.

Meanwhile, Vipers and KCCA’s opponents also provide another subplot. Maroons are thirteenth on the log with 24 points, two above Police, who are in the bottom three. That places both teams in a relegation dogfight. So, it is going to be top versus bottom, where the interests are evidently distinct.

“Survival is at the back of our minds,” Police coach Mubiru said, following his team’s third successive loss.

He added: “But we are not panicking, because those above us are not many points ahead. In fact, we just need 12 points from a possible 21 and we will be fine.”

Fourteenth-placed Police are actually eight points behind eighth-placed Mbarara City FC, a lead not unassailable. Mubiru has rallied his players to regain their scoring touch and defend better. They have conceded 35 goals, making them one of the worst defences in the league.

Similarly, Maroons have also conceded 35 goals. And coach Douglas Bamweyana is well aware of the daunting task at hand for his team to get good results at Kitende.

Maroons have collected a paltry eight points from a possible 24 in the second round ties. Bamweyana admits his strikers have been shy in front of goal.