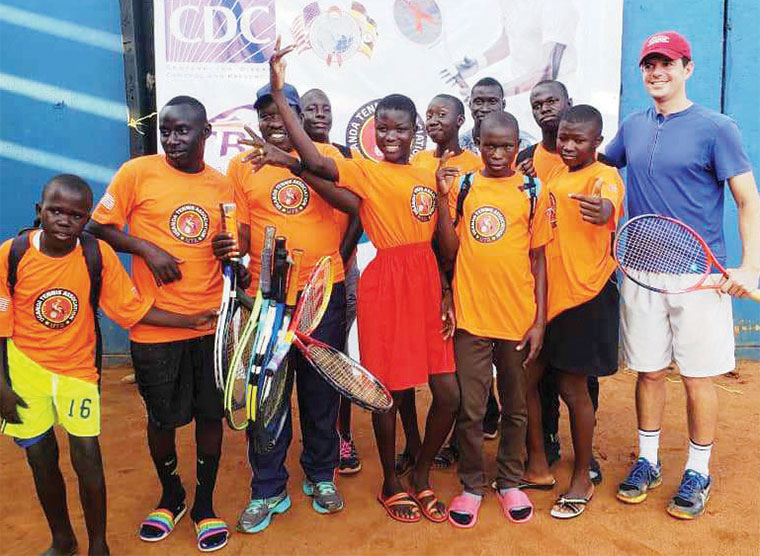 Four hundred tennis-playing children aged between 12 and 17 were unearthed during a US Mission funded project, which concluded on February 22 at Lugogo. Through the programme, launched in October 2019, officials conducted tennis clinics and training in Jinja, Hoima, Gulu, Arua and Fort Portal.

The project is in honour of Arthur Ashe, the legendary only African American male to win the US Open and Wimbledon tennis singles titles. Phil Dimon, the US Mission’s spokesperson, said the initiative is intended to show youngsters in Uganda that they too can be tennis stars.

By exposing them to the sport early and with good foundation, Dimon noted that any Ugandan child could aspire and believe in realizing a tennis dream at the top level. And by making sure, that 400 of them could be discovered beyond Kampala, the follow up remains the next big test for the Uganda Tennis Association (UTA).

Osmond Atwine, the UTA publicist, said: “First of all, any initiative, that increases the awareness and participation in the sport, contributes to the main goal of developing the sport.”

In essence, Atwine cannot thank the US Mission enough for what he views as a timely intervention, bringing upstream new tennis talent. Yet, the question that is abound now, is how the UTA plans to build on this, so that a year later, progress in the boys and girls discovered, can be seen.

Robert Egessa of Tartan Burners Athletics Club, that coordinated the project on behalf of the US Mission, noted that the youngsters are at a critical stage of development.

“Although they have been introduced to the basics, unless they are exposed to more competition, and are monitored, their growth in the sport will stunt,” Egessa said.

Notably, some of these youngsters come from regions where tennis equipment is hard to find, let alone competitions to improve them.

In fact, during the training clinics, it came to the attention of the facilitators, that while different districts had tennis courts, the resident children interested in the sport had no balls or rackets, beyond what the US Mission provided.

In light of that, Atwine said they (UTA) must find partners and resources, to ensure there is continued development of the talent spotted. But before that, the UTA has instituted a Junior Tennis Initiative.

The UTA administrator Alvin Bagaya told The Observer they have trained school teachers to coach. These will expedite the process of the young players tennis development through their hands-on approach. And hopefully at the end of the day, by tapping them young, Uganda can have an Arthur Ashe of its own.