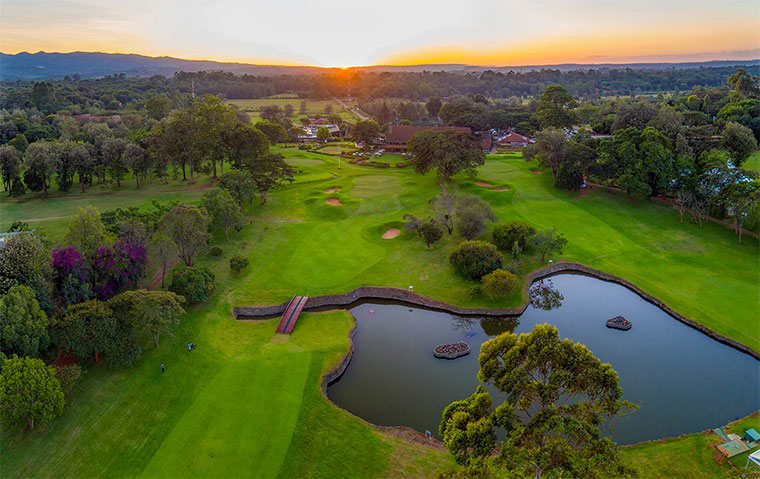 Deo Akope shot the day’s best round of three-under 68 to climb to fifth ahead of today’s final round of the Safari Tour at Karen Country Club in Kenya.

Akope, one of Uganda’s greatest ever golfers, played his first under-par round of the competition after carding a 73 and 74 on the par-71 course. He trails Safari Tour leader Greg Snow by three strokes and is firmly in contention for the lucrative tournament whose kitty has attracted golfers from Uganda, Nigeria, Kenya and Zambia.

The other two Ugandans, who made the cut, Willy Deus Kitata and Dennis Anguyo, also returned impressive rounds ahead of today’s final day. Kitata is four strokes behind Snow after shooting 69 while Anguyo is joint 15th after carding 74.

But for the other Ugandans it was a nightmarish tournament in Kenya. Philip Kasozi’s chances of making the Magical Kenya Open evaporated in thin air after he shot 78 and 73 to miss the cut by a stroke.

Kasozi, who was hardly audible, was visibly sick and poor health affected his game. Other Ugandan professionals who missed the cut were Abbey Bagalana, Brian Toolit, Ronald Rugumayo and Becca Mwanja

Meanwhile, the Palm Valley Open that tees off tomorrow, February 27 is expected to attract some of the leading amateur golfers in the country. The three-day tournament will start with the Gross Players playing off handicaps 1-9, who will all compete via stroke play. And on Saturday, February 29 the subsidiary category will tee-off but their mode of play will be stableford.

Work has been ongoing at the nine-hole course and the greens are expected to be smoother and faster than usual. The club’s Publicity Secretary Samson Agamile has promised a special tournament for all entrants.

“Everyone who has never played Palm Valley should come and experience a different course and a unique challenge be it on the greens or the fairway,” he noted.

It will be interesting to see how golfers approach the dreaded par-5 holes five and six which have long narrow fairways and elevated greens. The tournament has been sponsored by Pepsi, Case hospital and Stanbic bank.

Elsewhere, the Uganda Golf Union will elect new office bearers on Saturday during an elective Annual General Meeting. Incumbent Innocent Kihika is facing stiff competition from Moses Masiko in a race many observers are calling too close to call. Kihika replaced Johnson Omollo two years ago.