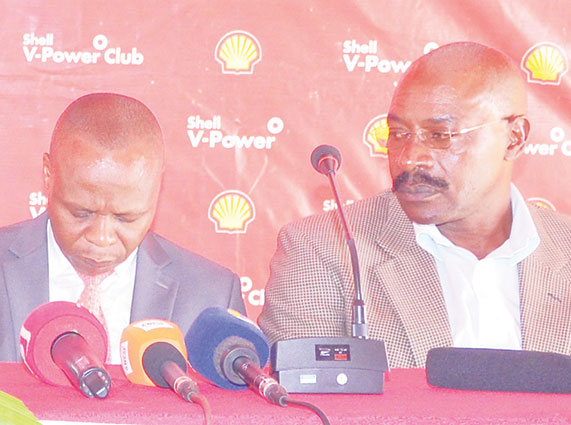 As the clock ticks  fast towards the February Federation of Motorsport of Uganda (FMU) presidential election, pressure is piling on the incumbent Dusman Okee who is accussed of abuse of office, greed and usurping powers. But the former journalist turned politician-cum-motorsport administrator has vowed to fight back and retain the seat, reports ELLY KYEYUNE.

Normally, incumbent leaders enjoy the perks of campaigning for another term of office whenever elections come up. However, Dusman Okee, chief of local motorsport ruling body FMU, is walking a difficult path to the February 1 poll.

Okee, who clinched the FMU top job following his single vote victory over Jack Wavamunno in 2016, faces stiff competition from retired driver Ruparelia Dipu and Geoffrey Nsamba, a city lawyer and an active rally competitor. Wavamunno and George Kagimu, another former president, are the other contestants in the race.

Okee is blamed for hijacking the FMU secretariat and other key departments to singlehandedly run the federation. He has killed all the structures and virtually become the federation’s finance, audit and spokesman in the three years.

In fact, Ggombe informally quit after Okee stampeded his role of overseeing major events such as Pearl of Africa Uganda Rally. While others opted to keep a low profile, Kabagambe resisted Okee’s interference.

For instance, the federation was serious embarrassment last year when the two leaders issued separate permits for a sprint event. The matter was eventually solved after arbitration by outside parties.

Officially, an event permit, issued by the FMU vice chairperson (technical) for any sprint or rally, costs Shs 2 million. But some of the event organisers who spoke to The Observer said they pay upwards of Shs 30 million.

Okee also clashed with Rutagerwa over the Pearl of Africa Rally report, and the event (which is on international calendar) has earned poor ratings in the last two years.

Through years, Okee has worked closely with Justin Mungoma, Reynolds Kibira, Jared Kalera, Katende Mukiibi and Sayyid Kakeeto, who recently fell out with him.

“That’s his inner circle; they are his trusted men who act as conduits for all the deals and advise him at the expense of executive members,” a driver, who is also a senior club official, told us.

He lamented further: “Dusman is not a man of his word… he is not cheap but he does fake things… omusajja alimba nga mayembe; omuzanyo gufiriddwa nnyo (he is a habitual liar and the sport has lost alot…)

“We have done many bad things with him but we should not repeat them for the good of motorsport.”

During his last term of office, Wavamunno left a roadmap for constitutional amendments on electoral articles, drivers’ representation, forming a senate and an arbitration committee, among others. By virtue of being vice to Wavamunno in the former executive, it was legally binding on Okee to implement that roadmap but he did not to the disappointment of his voters.

One such bitter voter is Patrick Van Pee, the father of motocross champion Maxim Van Pee, who ironically cast the winning vote for Okee in the last election.

However, when contacted last evening, Okee dismissed the allegations as ‘total lies and malice’ by his opponents in the race for the FMU job.

“That’s all propaganda because I have promoted the sport to high levels and you can see more people are embracing it,” Okee said.

In seeking relection, Okee said he wants to consolidate the achievements of his outgoing term of office. He singled out his efforts in convincing President Museveni to support motorsport, working with Uganda Tourism Board (UTB) to include the sport on the country’s tourism calendar, reviving the East African rally championship, among others.

He also has plans to improve the events’ safety by recruiting LDUs to back up police and rally marshals and extending motocross upcountry. For instance, he said they have already secured land in Gulu and Lira to construct modern racetracks there.

0 #1 SHAWN MAKUMBI 2020-01-15 16:11
I wish you can add the other clip of NTV's Zungululu where Alhaji Abdul Naaduli laughter with his huge gap or amalibu nti " are you aware" that Dusman Okee is the young brother of Dp President General Norbert Mao.

Mao and his young bro Dusman Okee are the same!!!