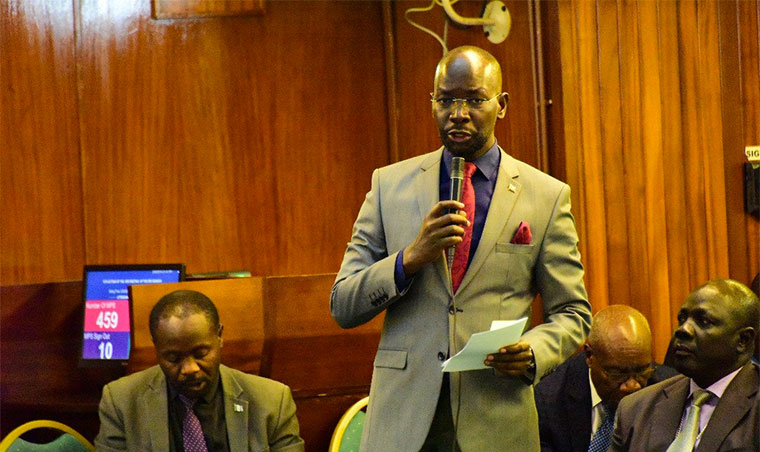 It was in May 2005 that I first interacted with Charles Bakkabulindi as the SC Villa fans coordinator.

An off-form, under-strength and underfunded Villa had just reached Mwanza, Tanzania for the Cecafa Club tournament. Few gave us a chance but as head of delegation, I had to motivate the players.

I called Bakkabulindi, who had just been appointed sports state minister, for help. He felt concerned but was helpless. He then assured me 'help from above' will only come if we do our part on the pitch.

I passed on the message to team captain Andy Mwesigwa, his vice Simeon Masaba and goalkeeper Dennis Onyango, who vowed to 'die on the pitch.' I have never seen a motivated team like that Villa because not only did we go on to win the tournament, Onyango didn't concede a goal.

After beating Rwanda's APR, Bakkabulindi called to assure me President Museveni had been put on notice about the massive achievement.

What followed was a chartered plane to Entebbe, dinner at State House and a new Villa bus. Looking back, Bakkabulindi opened the doors for the sports fraternity to State House whereby bureaucracy in funding was erased. And he rarely took any plaudits because the system was efficient.

I took a break from Uganda later that year due to the chaos in football but in September 2012 when The Cranes visited Zambia for a 2013 Africa Cup of Nations qualifier, I yet again talked at length with Bakkabulindi.

This time, I was his host in Ndola. The highlight of our meeting, which also included Dr Lawrence Mulindwa, the then Fufa president, was the standard of domestic football in Uganda. Bakkabulindi and Mulindwa convinced me to return home and revive SC Villa in order to recreate the arch rivalry that gripped Ugandan football in the eighties and nineties.

I had no doubts about their conviction and I returned to reawaken the sleeping giant at Villa Park. The rest is history but what caught my eye about Bakkabulindi is that he was particularly charming and persuasive in his speech or behaviour.

As Villa marked 40 years in 2015, he yet again helped me sway President Museveni to donate a second bus to the club. And those are just some of the many things he helped lobby from government on behalf of the sports fraternity.

Therefore, it is not a surprise that his tenure is perhaps the most successful the country has ever had since the seventies. The likes of Dorcus Inzikuru, Stephen Kiprotich and, most recently, Joshua Cheptegei became world beaters due to the cohesive system Bakkabulindi put in place.

Even the Cranes success of recent can be attributed to him because it coincided with a time when government is funding the team as opposed to the past when Fufa administrations used to foot every bill. That was the hallmark of his 13-year tenure as sports state minister till recently when he was replaced with Hamson Obua.

For the time I worked with Bakkabulindi, he preferred arbitration as opposed to settling scores and even when a stakeholder was at fault, he never openly poured scorn in public.

It is for that reason that he didn't dissolve Fufa in the wake of the recent corruption scandal in spite of the glaring evidence of fraud by Moses Magogo. I'm one of those who see this as his biggest weakness but it doesnít take away the fact that he performed excellent to bring sports together.

Incoming minister Obua is also a charming character who has a lot to prove from sceptics. His first major hurdle is the ongoing works at what is now former Nakivubo stadium.

For as long as arcades are built around the facility as well as the congestion around it, we don't need to lie to ourselves that we will have a modern rebuilt Nakivubo stadium.

So, Obua's first task should be to convince government to sell the remaining stake in the facility to buy land elsewhere and built a modern sports complex.

Meanwhile, Obua also needs to quickly cut a compromise with government through the National Council of Sports (NCS) to fund community clubs as a way of levelling the playing field to create a competitive atmosphere in domestic football.

The same NCS should have creative and innovative minds that should desist from begging from government because it has the leverage and facilities to create money-generating activities.

The quality of Ugandan football is best reflected by the domestic league. World over, national leagues are more powerful than national teams but here in Uganda, a financially-stable Fufa gets more than Shs 10bn annually yet a fraction of that money could raise the level of domestic football three-fold.

In Zambia there's a saying, "when you see someone escorting a night dancer at night to the graveyard, know he once ate or he wants to start eating."

Now having seen you during day escorting Magogo don't escort him at night. Fufa needs cleaning it's rotten. This business of empty stadiums doesn't bode well with President Museveni's vision of uplifting the game, especially at the grassroots level.

So, I expect Obua to orient himself with a countrywide tour of sports structures to fully acquaint himself with the task he has at hand. Only then will he realise that these usual boardroom meetings, seminars and workshops are a waste of time and money because they donít benefit the person on the ground.