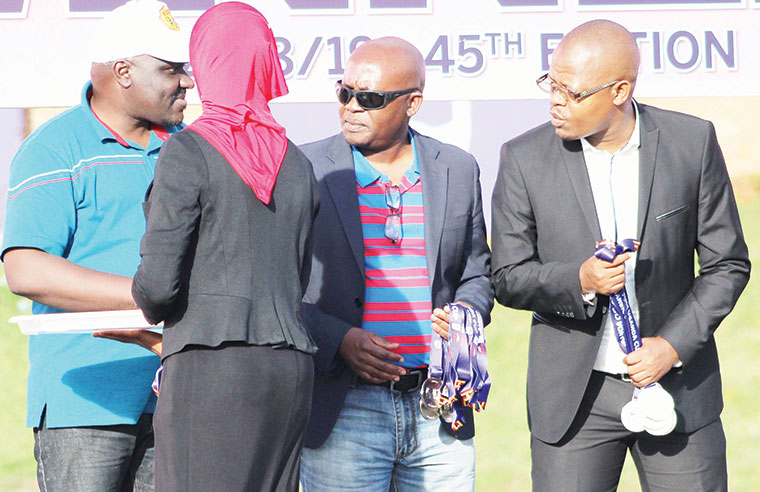 Moses Magogo is back to the Fufa presidency after a two-month Fifa suspension over corruption.

I expect him to remain defiant in the face of the shame that resonated globally but if there is any lesson he can take from the ticketing saga, it is that impunity has a limit. The suspension may have been lenient to serve as a deterrent but Magogo cannot afford another scandal in Fufa.

Now is the time to put systems to work instead of having a Fufa president who presides over every little issue to the extent of dipping his hands into the tickets. Magogo should also know that his every step is now keenly watched by government, particularly the minister of Education and Sports, who remains keen to pursue the ticketing fiasco beyond the Fifa punishment.

That, however, is a story for another time and will require the services of a new Inspector General of Government to investigate.

The 2019/2020 football season will go down as one of the most disorganised in years. And that has little to do with weather as some football administrators may want us to believe. It is all down to poor planning. Right now, Uganda is concurrently hosting the Cecafa Cup as well as the Cecafa Girls Under-17 tournament in Njeru but the confusion surrounding both tournaments is baffling.

Late withdrawals, low turnout, little publicity plus uncoordinated change of fixtures and venues have been the order of the day. This must go down as the most underwhelming Cecafa tournament hosted in Kampala.

What all this means is that the tournament has run out of steam after being milked to the core by organisers. This is a stark contrast to the days when the Cecafa tournament meant everything for participating nations and fans.  So watered down is the current Cecafa tournament that no country enters its senior team. Even the competition on the field has been reduced to a friendly atmosphere that lacks the old-fashioned gritty, do-or-die attitude.

What’s annoying is that the same group of people have perpetually superintended the Cecafa tournament decline for the past two decades and there is no sign they are about to leave the stage anytime soon.

The spirit of Cecafa died in 1992 when host countries were allowed to field two teams, which meant that participation meant more than competition. The situation got worse when three top member countries; Zambia, Malawi and Zimbabwe decided to join a more serious and lucrative COSAFA body in Southern Africa.

Since then, organisers have failed to make any logical adjustments to meet the current football trends. At the moment, Cecafa has sunk so low that reviving it will require a complete overhaul of the setup and organisational structure.

I reckon, it's worse than CECAFA.

The Sudans, UG, KY, TZ, RW, Ethiopia and more have a vested interest in a strong CECAFA.
Report to administrator