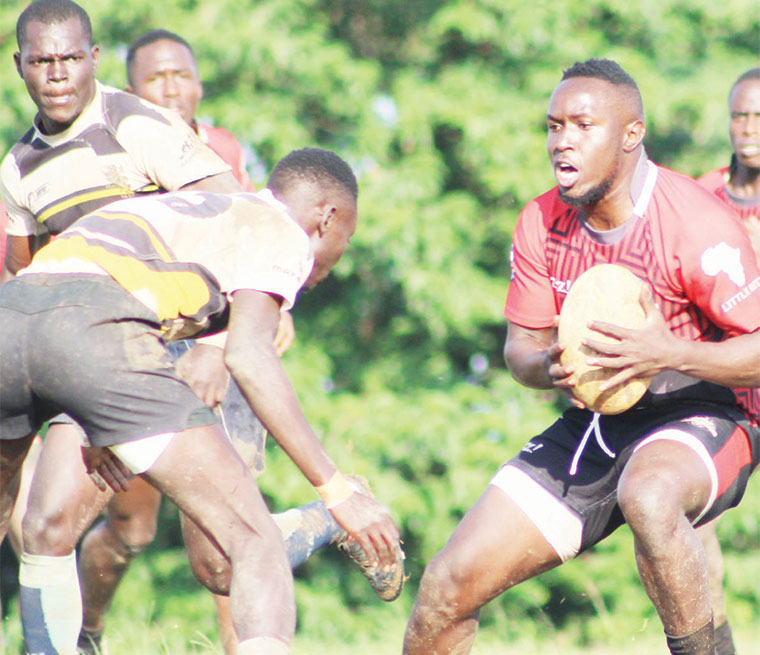 The Stanbic Black Pirates lost by the closest of margins to the Hima Cement Heathens on match-day two of the Nile Special Stout Rugby Premier League on December 7 in Bweyogerere. A single try and a penalty gave Heathens victory (8-3) over their celebrated hosts.

While most giant teams boast of their home grounds being fortresses, the Pirates, who began hosting their games in Bweyogerere at King’s Park last year, have had mixed fortunes. They have never beaten any of their fellow giants (Betway Kobs and Heathens) there.

However, that is a footnote in their story. Pirates were treble winners in the 2017/18 season; bagging the Uganda Cup, the League and sevens titles. But they lost all the trophies in the subsequent season. And they have since been branded ‘one-time wonders’, a name tag they want to shrug off this season by returning to the top of the league.

Pirates coach, Bobby Musinguzi is contented with their start in the league thus far (win and loss apiece) but the defeat to Heathens hurts more.  “We failed on the line breaks despite putting points on the board before them through our penalty. We need to improve our play in order to compete for honours,” Musinguzi said.

He downplayed claims of his team being ‘one-time wonders’, arguing that the fact they won three trophies in one season confirms they were consistent. Pirates were formidable side then after years of brooding. They played some scintillating rugby, honed on the philosophy of the New Zealand national team, the All Blacks, who are famed for their pass and move game.

Pirates’ prop Edgar Pajob said the team has also suffered in the absence of Ivan Magomu, Conrad Wanyama, Timothy Kisiga and Desire Ayera, who are either committed at work or injured.

Musinguzi has resorted to fielding young players such as William Mucunguzi, Kenneth Obito, Humphrey Tashobya and Alex Aturinda. The coach is pleased with the youngsters’ performance so far but will be a long hard walk for Pirates to return to the top.