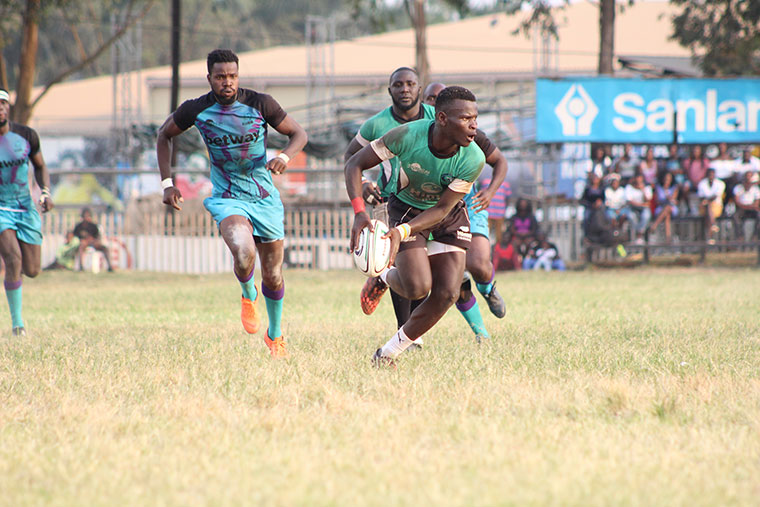 The start of the 2019/2020 Uganda Rugby Union season tonight was preceded by the announcement of a Shs 670 million sponsorship package from Nile Breweries on Thursday, November 28 at Kyadondo Rugby Club. Alongside it, was the renaming of the league to the Nile Special Stout Rugby Premier League.

Of this package, each of the ten clubs is expected to receive at least Shs 10 million, while Shs 40 million will cover the cash prizes at the end of the season. There probably could not be a better occasion, than the money-related one, to stir the beneficiaries into action.

However, no bigger fixture would fit the occasion of getting the curtains up in a new season, than one involving perennial rivals, Hima Heathens and the Betway Kobs. Heathens and Kobs finished one and two respectively last season, and the writing on the wall already suggests, the rugby fraternity is in for yet another two-horse race, when it comes to 15s rugby.

The two sides contested the knock-out Uganda Cup final two weeks ago, and Kobs, who were losing 8-14 with a minute or so left on the game, found a late try through Robert Aziku, before a conversion by Ivan Kirabo, enabled them to edge it 15-14.

It was a dramatic end to a fine encounter, and in many ways, set the tone for the new season. Ronald Kanyanya, the Heathens hooker admitted it was gut-wrenching to lose the final the way they did. He felt, they did not concentrate up to the last minute, which allowed Kobs in.

However, Kanyanya’s coach, Mohammed Athiyo said that the horror of losing the final the way they did, has taught them a big lesson. Athiyo believes they have quality players, who know the purpose of focusing on the structural details of the game. Hence, they will ensure they do not repeat the same mistakes.

Yet, as defending champions, Heathens carry the edge going into the season. They have added a few good youngsters like Joseph Oyet and Nicholas Kato. And then the experience of rugby Cranes’ Scott Oluoch as the eighth man, is a huge boost.

On the other hand, Kobs’ coach/player Davies Kyewalabye is all happy about the balance their team has for this season. That gives him much faith in their prospects.

“We had problems with our backs last season, but now, with the addition of Norbert Okeny, Daudi Ssemwami and Daniel Ortega among others, we are good. All we must do, is respect the team structure and pattern of play, and we will be unstoppable,” Kyewalabye said.

Kobs’ last league title came way back in 2015. That puts them in a spot of real hunger. While addressing the media during the Nile Breweries sponsorship unveiling, Kobs’ full-back/fly-half Joseph Aredo said that they could not be any more hungry than they are right now. And that the idea is to win every game, beginning with the one tonight.

Since winning the National Sevens title in August, Kobs have been in the ascendance. They also won the Uganda Cup. That said, the Stanbic Black Pirates, treble winners in the 2017/2018 season have come short, relinquishing every trophy they had.

On top that, the key players in their success like Ivan Magomu and Conrad Wanyama, the half-backs, will not be regular this season, because of studies and work commitments respectively. Coach Bobby Musinguzi will have to do his magic if the likes of Steve Alul and William Nkore are to fill those gaps.

Otherwise, Pirates are unlikely to do better than third, basically because of the experience Kobs and Heathens have over them. But Musinguzi said that their focus is on working around improving on their gameplays. He explained, “We must improve our ratio of line breaks, to points scored; and also our visits in the opposition 22. Overall, we are ready to wrestle the title away from Heathens.”

On the other hand, Entebbe’s Plascon Mongers are expected to be the surprise package pushing to upset the status quo, considering how they have strengthened with the return of Ronald Adigas on their front row.

Mongers should play a part in deciding where the title ends up, seeing how much they pushed Kobs in the semifinals of the Uganda Cup. In the same breath, the fight against relegation should be interesting with the likes of Dusupay Warriors, Impis and Rams therein.