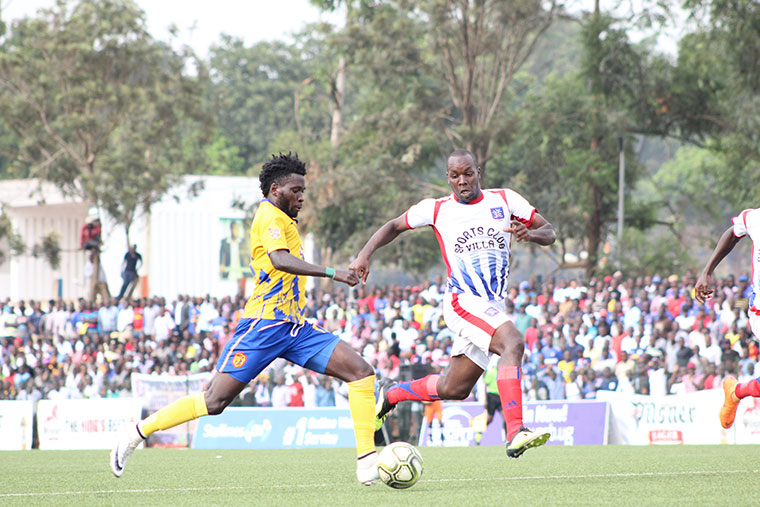 SC Villa visit the StarTimes stadium today, Friday November 29, to face the Uganda Premier League (UPL) defending champions KCCA FC. It will be Villa’s final first-round tie, and definitely one, they will be desperate to win.

The Jogoos have not won in Lugogo since KCCA turned it into its home ground back in 2013. And last season, Villa were subjected to what was merely a respectable whitewash, when they were beaten 4-2 in the second round fixture in Lugogo. However, Villa skipper, Asuman Harishe, told The Observer, that they are more than ready for KCCA, and they will answer fire with fire, averting any repeat of last season’s near annihilation.

“We were low on confidence last time, as we battled against the relegation,” Harishe said.

But this time round, Harishe added, Villa has been more competitive as a team and are more united; a reason why they are third on the league table with 27 points.

“Since the beginning of the season, this is the game we earmarked, because KCCA humiliated us last season. We cannot wait to reverse the result last season,” Harishe said.

In addition, a win against KCCA would mean much more. According to Harishe and company, it would greatly boost their title-winning chances, because that is the ultimate goal. Villa are seven points behind table leaders Vipers SC, who have completed their first-round fixtures.

Therefore, a win for Villa would bring them to within four points of Vipers. And following their 3-1 away win over Onduparaka FC last week, Villa’s assistant coach Ibrahim Kirya noted, that the spirit in the team is big; ready to fight for everything in Lugogo.

Kirya has been in charge of the team, since head coach Edward Kaziba, has been away with the Crested Cranes at the Cecafa Women’s Senior Challenge Cup. Yet, that has not affected the team.

But they meet a KCCA side, that has been in a good run of form recently, winning six and drawing one of their last seven fixtures. On Tuesday, November 26, KCCA were beaten by Mbarara City 2-1. It is a game in which they had no Allan Okello, Mustafa Kizza and Nicholas Kasozi. While word had it that they were carrying a few niggles, it is suspected manager Mike Mutebi rested them for the Villa clash.

In fact, on Thursday, November 28, the trio trained quite well, in preparation for the Villa visit. But Mike Mutebi, the KCCA manager said that they would be missing Mike Mutyaba and Steven Sserwadda, who are injured. This should relieve Villa.

KCCA are on 26 points, but with two games, to complete the first round. But while KCCA can boast of a sharp attack, having outscored every other team with 24 goals, Villa has managed 21 goals, yet they share the meanest defence tag with Vipers, having conceded just nine. KCCA have conceded 14, which makes this clash quite spicy.