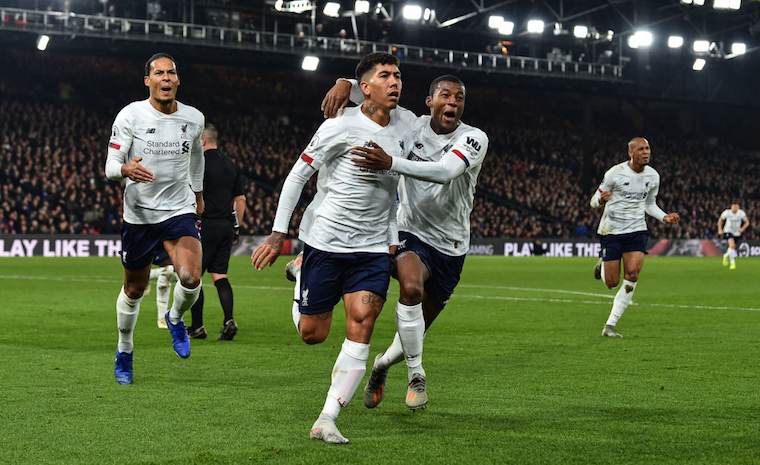 Following the 2-1 controversial win over Crystal Palace over the weekend, the Locker- room junkies mocked Liverpool, claiming the Video Assistant Referee (VAR) was brought in to help the Kop win the Premier League...

Vianney: Apparently they are now known as LiVARpool.....
Bamulanzeki: Haha...you’re right!
Mugerwa: Bambi Crystal Palace, a legitimate goal, which was cancelled!
Sebugwawo: What legitimate goal are you talking about, when the fellow pushed our defender, before he scored?

Mugerwa: But how come that only happens for LiVARpool?
Bamulanzeki: Man, these guys are determined to make sure LiVARpool wins the league. But let them win. It is 30 years since their last championship. Kabuye: But Liverpool has only got one VAR decision in its favour. Did you see what happened to us against Man United?

Kisakye: That is pretence and a cover-up. Against Manchester City, VAR could not work to give them two penalties.
Jeff: These LiVARpool fellows are buying everything to influence results.

Mugalu: I cannot believe these people. Even Man United people can talk.

Zziwa: Keeping quiet you should, because LiVARpool is embarrassing the game of football, the same way Unai Emery is disgracing Arsenal.
Bamulanzeki: I hear Massimiliano Allegri is coming to the Emirates. But for me, I would prefer Diego Simeone.

Vianney: You want a defensive coach in Simeone. Do you realize he does not fit into Arsenal’s identity?
Mugerwa: I also think Simeone or Brendan Rodgers can do better than Emery.
Zziwa: Emery has failed. We don’t even have a starting lineup or standard playing system.
Bamulanzeki: It is only of late, that he is fielding Mesut Ozil. Why doesn’t he field Nicholas Pepe too?