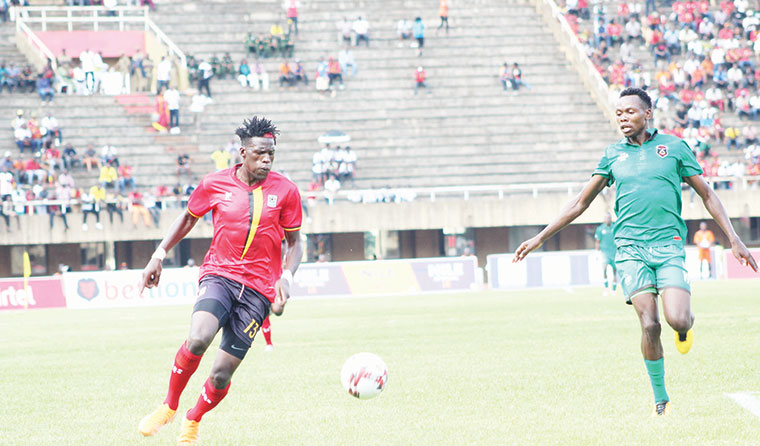 It has become a norm of recent to watch The Cranes games in a half-empty Namboole stadium.

That dip in attendance started about two years ago after years of the national team enjoying massive home support. At first, it was bearable and Fufa could be forgiven for experimenting with the enthusiasm and capacity of fans to watch games.

However, the trend has become all too familiar of late to the extent that one wonders whether Fufa is taking notice. Last Sunday, there were barely 20,000 people in the stadium as Uganda took on Malawi.

I blame Fufa’s poor planning for the low turnout because in a week when The Cranes had to travel to Burkina Faso, the federation did little to promote the home game. Matters were not helped when the cheapest ticket cost Shs 20,000, with the VIP forking out Shs 50,000 while the VVIP spent Shs 150,000.

For goodness sake, a game against Malawi is of a low magnitude due to absence of any stars. It cannot fire up Ugandans the same way Egypt, Nigeria or Ghana do. Meanwhile, I also found it foolhardy for Fufa to hold the KCCA versus Vipers game on the eve of the Malawi match.

This is now the biggest fixture in Ugandan football but the potential league decider not only lacked the fireworks due to the poor timing, it also prevented both teams from featuring their biggest stars. In short, fans were shortchanged yet the league organisers knew beforehand that Uganda was to play Malawi.

I also met many fans at the KCCA-Vipers game who openly said they wouldn’t attend The Cranes game because they couldn’t afford to pay for two matches in two days.

A well-run league is the first reflection of the competence of a football association. Sadly, Fufa and its subsidiary Uganda Premier League regard the league as a by-the-way.

Just when the momentum was rising, Fufa and the UPL simply halted the action and instead opted to have players participate in meaningless events like Cranes Na Mutima. I am informed this is a demand from The Cranes sponsors but it affects the cohesion of the league, not to mention the league sponsors who are left guessing all the time and have to reschedule television coverage at the last minute.

Today, Proline FC continues to grapple with the injustice that came with questioning the manner in which fixtures are scheduled or postponed. The relocation of league games to far venues is also wrong; just imagine Wakiso Giants and Maroons playing their game at Njeru technical centre while Express versus KCCA was at Kabaka Kyabaggu stadium in Wakiso.

Such relocation is not only depriving fans a chance to watch their clubs but also financially costs clubs dearly because such trips were not budgeted for at the start of the season. This business of blaming the weather should stop because this is not the first time for this country to have heavy rains.

I hope the powers that be at Fufa house learn a lesson from the chaos of this season.