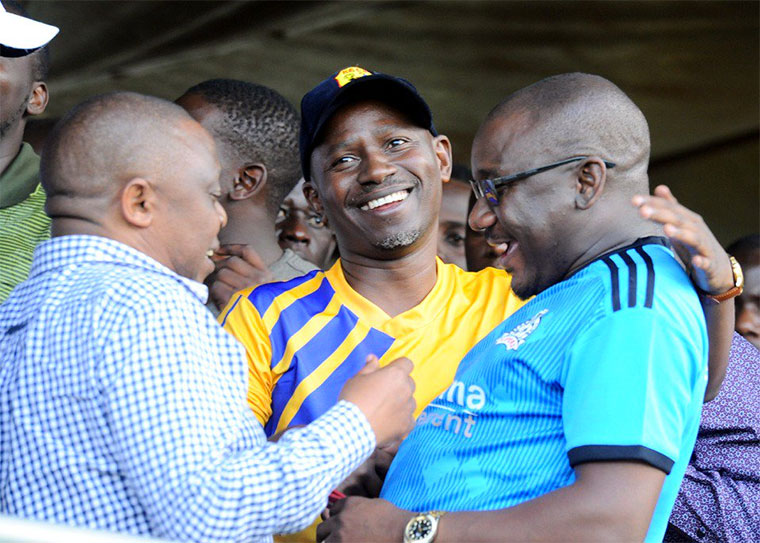 I am the kind that doesn’t run away from a football fight, especially one where my stock is at stake.

When it comes to such an adversary, few come close to Aggrey Ashaba, the shrewd and witty contemporary who oversaw KCCA FC’s most successful period during a three-year reign that ended last week. There is a lot I have learnt from him even though we have always found ourselves in opposing camps.

What you see is what you get in Ashaba. Humble, honest and aggressive when it comes to success. He hurt my pride when he wooed several top Villa players to KCCA; he upset me with his total conformity to Fufa and the unjust policies meted out to favour institutional clubs at the expense of community teams.

What’s more, he had started to gradually deflate my ego as KCCA closed in on Villa’s league success and the tag of ‘most successful club in Ugandan football.’

Amidst all this, Ashaba remained one of my closest friends in football. A genuine person who won’t shy away from speaking his mind. Today, this is a rare virtue and it embodies domestic football’s most successful era of the eighties and nineties when bosses of traditional giants worked day and night to ensure their team stayed ahead of the competition.

Ashaba never left a stone unturned in KCCA’s pursuit of dominance, even if it meant buying the best players from rival clubs and keeping them on the bench. He didn’t give a damn whether other clubs lacked logistics. What consumed him most was to see KCCA break new records; and he did so when he was part of the executive that led KCCA to win a league and cup double for the first time in history. The club went a notch higher to reach the group stage of the Caf Champions League.

I enjoyed Ashaba’s taunts and feistiness whenever Villa met KCCA; in 2018, we filled every space at Lugogo stadium. Much as he was an adversary, he also helped me raise my game. We were best friends outside of football. We often met to discuss football and what struck me most was his desire to do what to ordinary people is unachievable.

“Mark my words…I’m going to turn KCCA into a self-sustaining club within a few years and you will have no excuses,” he once told me during a heated debate about the imbalance in funding of institutional teams like KCCA, Police, URA etc… that rely on taxpayers’ money…and the community clubs like Villa or Nyamityobora.

Indeed, going by the huge level of sponsorship and other income-generating projects from Lugogo stadium, Ashaba was on course to achieve that.  In spite of all these plans, Ashaba knew he would be replaced anytime and last week, he gracefully handed over the mantle to Martin Sekajja. Ashaba is not completely out of the picture because he is Sekajja’s deputy.

Now, I don’t know much about Sekajja and wish him all the best but my hope is that he can replicate the lofty ambitions of his predecessor. Sekajja takes over at a time when Vipers FC is threatening to run away with the league title even before we reach the half-way line.

Ugandan football not only needs a strong KCCA, but it also has to be aggressive. The same applies to Express and SC Villa in spite of the fact that Fufa thinks otherwise. Unfortunately, Ashaba raised the stakes when Fufa was hell-bent to put down Villa and Express.