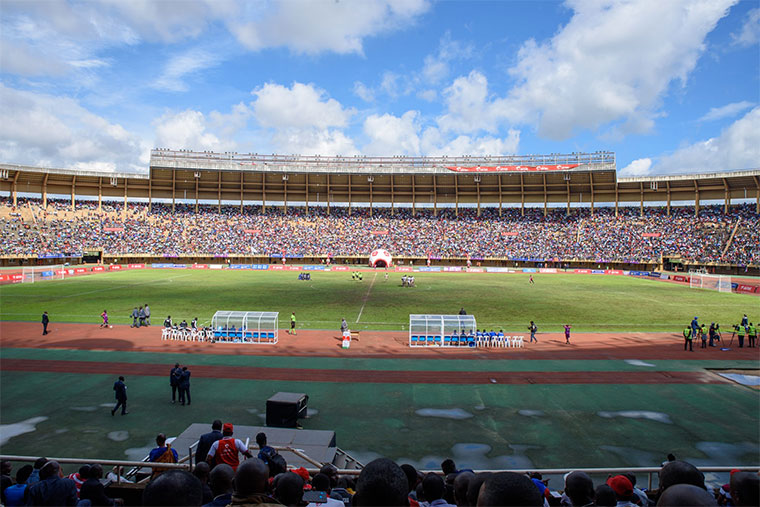 Last Saturday found me torn between two important events; the graduation celebration of my daughter on one hand and the Masaza Cup final.

Armed with a VVIP pass to Namboole stadium, there was no way I could miss the occasion. This is a tournament I have passionately supported in more ways than just being a fan and I have happily served whenever called upon by the Kabaka. I have also particularly supported the annual royal regatta that has become a force in recent years.

However, all this meant I had to devise a pragmatic approach to attend both events. After a lot of maneuverings to beat the heavy traffic jam, I reached just in the nick of time before kick-off of the final. Unfortunately, I was greeted with disappointment after my Buddu was defeated in the third-place play-off game. But there was no time to cry over spilt milk because the atmosphere in the capacity stadium was euphoric.

Not so often does a football match fill Namboole and The Cranes no longer even do so due to the high charges by Fufa. But this was a mammoth crowd that went a notch higher by cheering on their fans from start to finish even though the action was not really a spectacle.

In the end, I enjoyed every moment there and most importantly, Saturday’s final dispelled the fantasies of naysayers who had predicted a low turnout in a final that didn’t have either of Buddu or Ssingo while the damp weather could have played its part to make fans think twice before embarking on a difficult journey to Namboole.  The most shocking, however, was that some members of the Fufa leadership worked behind the scenes to fail the final.

For starters, Fufa refused to include Masaza Cup final on its annual calendar and has declined joint workshops with Masaza organisers regarding the development of football. The Masaza Cup offers several football lessons in terms of organisation, mobilisation and fuelling of the competition yet these are the three missing ingredients that continue to derail the development of Fufa-organised football tournaments, especially the Uganda Premier League (UPL).

Masaza Cup is not played on the best pitches and neither does it have the best players per se but the reason fans throng Masaza games is the sense of belonging attached to particular teams.

Conversely, Fufa continues to frustrate upcountry community teams in order to create a league competed for by government institutions and Kampala-based clubs. This is the very reason Onduparaka, a club that once mastered the blueprint of rallying the people of Arua town, lost steam after Fufa moved them, citing ‘poor stadium facility.’

I am sure there are quite many fans that attended Saturday’s final but have never been to a UPL match. So, on such rare occasion that attracted more than 40,000 fans, I expected Fufa to put aside their schedules to learn what makes Masaza Cup tick. Instead, I’m reliably informed that Fufa turned down all requests by club officials to postpone UPL games.

Not only that, I did not see a single Fufa executive member at Namboole as they were said to be meeting to plan the grand return of Moses Magogo, the Fifa-convicted fraudster, to Fufa top office.

Nonetheless, that didn’t stop the success of the final and goes a long way to expose Fufa’s ineptitude.  So, instead of seeing the Masaza Cup as a rival, Fufa should instead embrace it and pick vital lessons to woo back fans to league games.

By the time I left to join the graduation party, I couldn’t have been more proud of the Masaza Cup organisers. Keep the fire burning!