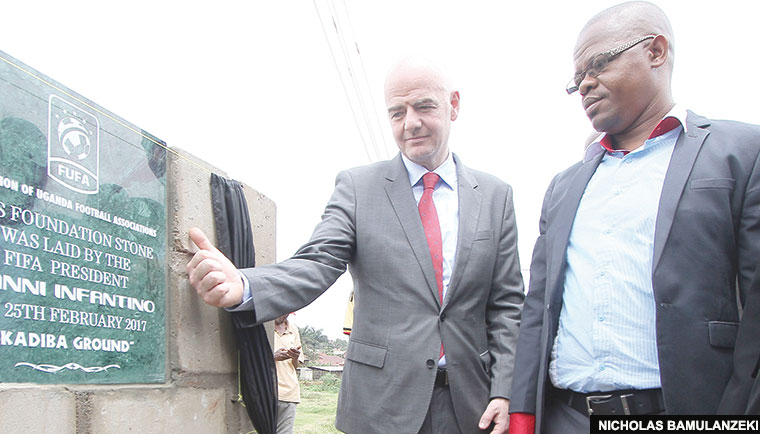 “FIFA has received information that the Ugandan authorities wish to open further investigations into the matters of Mr Moses Hassim Magogo, the FUFA president,” said Samoura in her letter.

The development comes after FIFA last week suspended Magogo for two months and imposed a fine of about $10,000 (Shs 36.5 million) because he was involved in the re-sale of 2014 FIFA World Cup tickets which is against the ethics of FIFA.

“Whereas FIFA respects the laws of the land where it’s member associations operate, it is imperative to note that the offences that Mr Magogo entered a Plea Bargain with FIFA are exclusively FIFA Regulations,” added Samoura in her letter.

The FIFA secretary general went on to make it clear that any acts by authorities that may lead to violation of FIFA Statutes Art 14 par 1 (1) may lead to sanctions up to suspension of FUFA.

The CID department of the Uganda police has also opened investigations on the matter involving the suspended Magogo.

A concerned Uganda filed a case of corruption on Magogo in a Uganda court. It is the Court to decide whether or not to purse the matter, not FIFA.

If FIFA made a deal with Magogo, the Uganda Judiciary NEVER interfered with them. Much as FIFA is big, it can not be allowed to interfere, influence and derail an ongoing court case.

Otherwise, we are doomed! I say this to FIFA: If a Ugandan commits an offense, he/she will be tried (again) in our courts.

Magogo is a Ugandan whose actions ashamed us Ugandans. He has to face the law. FIFA did its part as a football entity; let Uganda do its part as an independent country.
Report to administrator