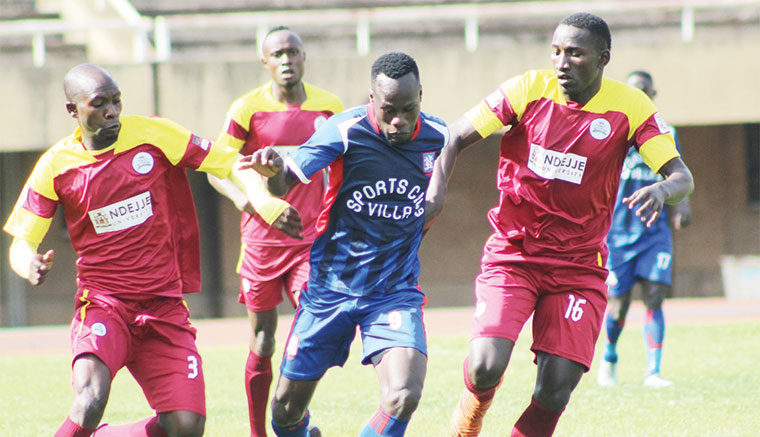 On Monday (September 2) evening, SC Villa were still registering players for the 2019/2020 season in a bid to ensure that when they face Mbarara City tonight in Namboole, they have a full team to pick from.

On August 29, when Villa opened their league campaign against Kyetume FC, a game they lost 0-1, the Jogoos only had four players registered by 1pm on match-day. However, with Mbarara up next, Villa have to step up their performance, if they are to stand a chance of at least a point.

Mbarara beat Proline FC 3-0 on Saturday August, 31 in Luzira. And true to their recent form, shown largely in the brace bagged by their talisman Paul Mucureezi, at this juncture, they are favourites for three points.

Mbarara’s form all through pre-season has been impressive; beating URA FC 2-0 in the Fufa Pilsner Super 8 quarter-finals, before losing 4-5 on penalties to eventual winners Vipers SC. But in normal time, Mbarara pushed Vipers to the limit in a tie that had ended one-all. In their third and fourth place playoff against Onduparaka FC, Mbarara won 2-0. Mbarara’s new coach Brian Ssenyondo said recently, that his target was to ensure that his team improve from last season’s placing.

While they finished fifth, at one time in the season, they sat atop the league table standings, only to lose form in the second round. But with the addition of players like Muhammad Gaddafi and Solomon Okwalinga from Onduparaka, Mbarara are an improved team. In their last meeting in March, under the floodlights at Namboole, Ronald Magwali scored the winner to hand the Jogoos a 2-1 victory over Mbarara.

Meanwhile, defending champions KCCA FC continued with their perfect start to the season with 1-0 victory over Busoga United in one of the games played last evening. Mustafa Kizza scored KCCA’s goal in the first half. The Lugogo-based side beat Wakiso Giants 1-0 in their season opener last weekend.

In other matches played yesterday, Vipers SC were also 1-0 winners as they stopped Tooro United at their St Mary’s stadium, Kitende. Wakiso Giants celebrated their first victory in the topflight after defeating former champions URA 3-1.