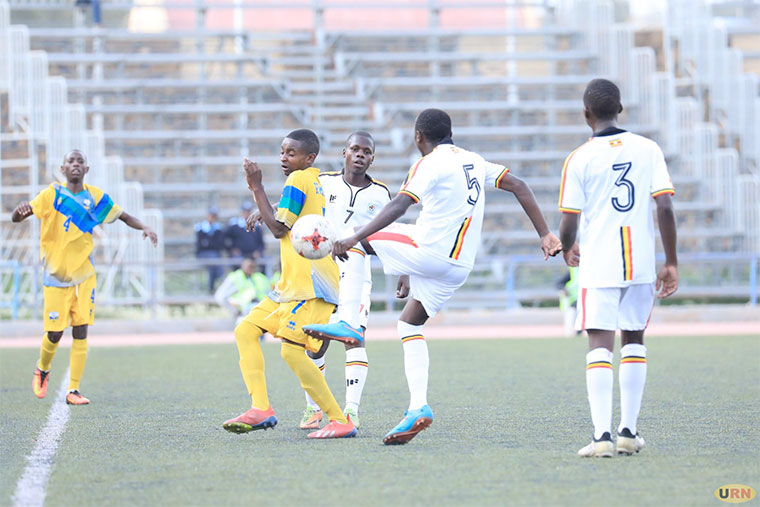 Uganda’s youngsters proved too strong for Rwanda when they registered a 3-0 win to finish top of Group B in the on-going Cecafa U-15 Challenge Cup in Asmara, Eritrea.

The win takes Uganda to 12 points, 13 goals scored and none conceded. They will next face Burundi in the second semi-final on Wednesday.

Abasi Kyeyune netted a brace, while Patrick Ouke scored the other. Rwanda’s Veryzion Ishimwe had a chance to pull one back but shot out. The Rwanda team continued to play a very defensive game with Uganda pressing them for most of the match.

Shafiq Magogo, son of FUFA president Moses Magogo also made his first appearance in the tournament when he came on as a second-half substitute. Rwanda’s coach Yves Rwasamanzi said that he rested some of the players because they had already qualified for the semi-final.

“Uganda is a very strong side because they dominated most of the game. We are planning for the semi-final first then see what happens next,” added the coach.

The Uganda coach Jackson Magera said he is proud of his team that has scored 13 goals and conceded none.

“The boys have been very disciplined, but we head to the knock out stage now which is very different,” he added.

In an earlier match, Tanzania beat Ethiopia 3-1. The semi-finals will be played on Wednesday, while the final takes place on August 30. President of the Confederation of African Football (CAF), Ahmad Ahmad will grace the final.