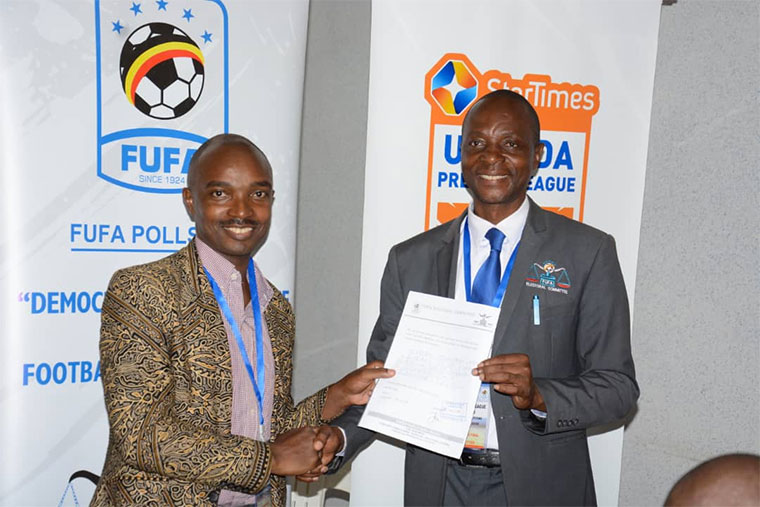 For those who may not know how the current Fufa executive operates, try linking any project to my name or that of Dr Lawrence Mulindwa.

That’s when you will realise that it will be looked at with scorn. That was the case with the recent polls to elect new leadership of the Uganda Premier League (UPL) board.

Ordinarily, the leadership comprise club chairmen but Fufa has never wanted to have UPL as a powerful block and often fronts institutional clubs which Fufa knows cannot put them to task like community clubs which don’t rely on taxpayers’ money.

It is for this reason that Fufa rejected newly-promoted community teams Kyetume FC, Proline FC and Wakiso Giants FC. These are threats to Fufa’s hegemony. So, since the five-member UPL board can be constituted by any members of society, the Fufa leadership was keen to make sure that people viewed as Misagga sympathisers don’t get elected.

That’s when it dawned on me that the only way to support anyone is to be seen decampaigning him. I did that for my good friend Arinaitwe Rugyendo, whom Fufa had originally resisted to be on the board when I first introduced him in 2015.

Many may also not know that I personally nominated Fred ‘Guy’ Kawuma for a UPL board position but it was clear from the onset that the moment if I supported them, it would spell disaster on their success. That’s how sinister this Fufa is.

This reverse psychology worked like a magic wand to retain him as board chairman. But now that the honeymoon is over, it is about time to kicks-tart a four-year term in which I expect the UPL board to act like an independent body, and not as an extension of Fufa’s autocracy. I have already interacted with a number of board members and I believe they have what it takes to develop the UPL brand.

Firstly, community clubs need to be given special priority in all UPL endeavours. This is so because it is an open secret that while institutional clubs fully operate on government funding, the rest are funded from the pockets of owners. To expect the two types of clubs to compete at the same level would be unfair since 10 of the 16-member UPL is comprised of community clubs.

The scope of influence of the new UPL should extend to the general assembly in order to present the clubs’ views to other stakeholders. For instance, the board chairman should be a Fufa delegate and UPL should have regional representation to monitor the development of football from the grassroots.

Meanwhile, chairpersons of district football associations (DFAs) should elect among them someone to be co-opted to UPL board to create a direct conveyor belt of uplifting regional clubs as well as grooming young football prospects.