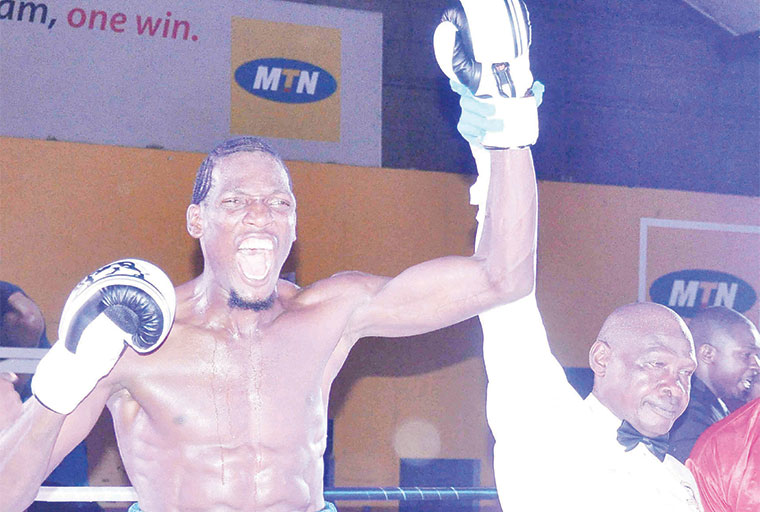 Boxer Shafik ‘The Killing Machine’ Kiwanuka made it two professional wins in a row after he stopped DR Congo’s Tyson Mbikayi on July 26 in a non-title fight held at Lugogo indoor stadium.

The fight lasted just 35 second in the first round as Kiwanuka knocked out Mbikayi. Although boxing fans were sent in jubilation, there was a concern from the same fans on how the fight would last for less than a minute. When asked about why he knocked out his opponent that early, Kiwanuka reasoned that since he is just beginning the journey in professional boxing, he needs no much time to stop his opponents.

“Kiwanuka was far much better than Mbikayi in all aspects and therefore it was never going to be more like a no contest,” Mugayi said.

Mugayi added that Kiwanuka’s promoters should look for opponents who can challenge their fighter for a better future; otherwise winning fights like that against Mbikayi, he may become complacent. However, Mugayi believes that Kiwanuka has a bright future, going by his height.  He urgued his trainers to change training tactics from amateur ways to professional approach.

“They should get him good sparing partners too, since this will give him more confidence and challenge that can help him during serious fights,” Mugayi said.

But Kiwanuka’s trainer Abdul Tebazalwa said his boxer has progressed since the two met in 2017. “I think Shafik has improved a lot compared to his first bout. We only have to polish up on a few basics,” Tebazalwa, who is a former national team boxer and Olympian, said.

Emmanuel Mwesigwa, who is Kiwanuka’s manager, said he expected his fighter to stop Mbikayi in less than a minute.

“Only that people are forgetting, but ever since he joined boxing, he has been knocking out his opponents in that same way,” Mwesigwa said.

He added that Kiwanuka in addition being a good fighter, is under a good trainer and management. He also downplayed claims that Mbikayi was not a good opponent for Kiwanuka. Mwesigwa disclosed they are planning to have another fight for Kiwanuka in November this year. The opponent is yet to be announced. After his victory over Mbikayi, Kiwanuka improves his record to 2-0.