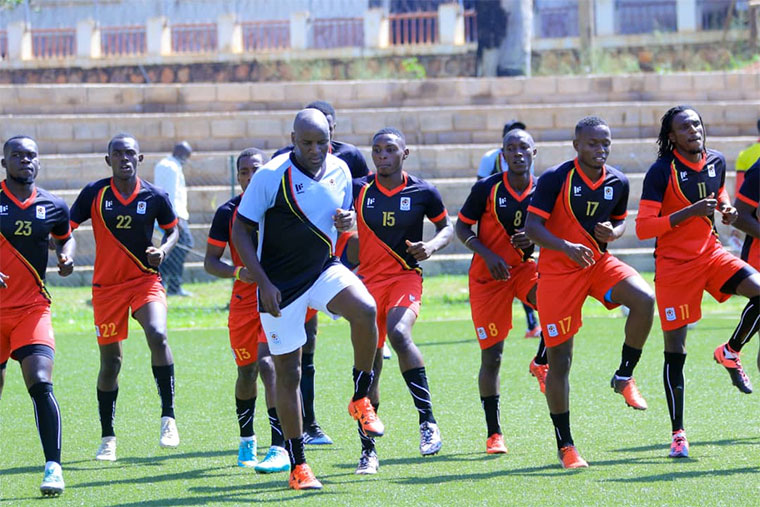 Two Uganda Cranes squads for the Cosafa Cup later this month and the 2019 Africa Cup of Nations (Afcon) in June started residential preparations on May 13 ahead of the respective tournaments, reports JOHN VIANNEY NSIMBE.

Uganda Cranes coach Sebastien Desabre faced the media in a question-and-answer session at Kabira country club on Monday, May 13. And the first question put to him was why he summoned Godfrey Walusimbi and Hassan Wasswa, yet they have not been attached to any club since January.

Essentially, by the time the 2019 Africa Cup of Nations (Afcon) kicks off on June 21 in Egypt, the two players will have gone five months without any competitive football. But Desabre insisted that he put them on a training regime since March to ensure they are fit for Afcon.

However, Desabre appears to have gone against his earlier principles, where he told the media that he would never summon an inactive player. After Uganda lost to Tanzania in March 0-3 during the final Afcon qualifier, sources said that Desabre ranted about the poor display of the team, warning the players, he would not hesitate to drop anyone not performing at their club.

That message probably did not target Walusimbi and Wasswa. Collin Subika, a football commentator, wondered what would happen to Uganda if those players were absent through injury. “We appear as though Cranes would not play if they were not present,” Subika said.

Former Maroons FC coach Asaph Mwebaze added that such trends create a bad precedent. “If the word to all players has been that making The Cranes squad is an opportunity to be earned, then is it still the case? No. Some players are more equal than others.”

In light of this, the KCCA FC manager Mike Mutebi referred to The Cranes set-up recently as a renewal of acquaintances. But Tom Damulira, a football commentator, said mainstays in teams must not be looked at negatively, because they form the team’s spine.

He added that the current Cranes situation is not unique to Desabre, especially when you have two players that have been on the team for over ten years. They have a lot of experience, important for any team going into a major tournament.

Damulira gave an example of how Roger Milla was added to the Cameroon team to the Italia 90 World Cup, yet he had not been active for some time. Milla delivered by scoring three vital goals. But Damulira said such calls normally apply to exceptional players.

The underlying question now is whether Walusimbi and Wasswa are exceptional in Uganda’s case. Former Cranes coach Moses Basena said Desabre may be in a situation where the other possible replacements are not in form. So, sticking with the experienced duo, testing them in trial games is a considerable option for Desabre at this juncture, Basena said.