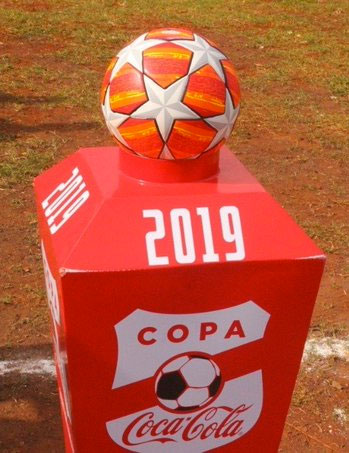 The round-of-16 games will commence tomorrow, May 16 without host side Jinja College (JICO), who failed to make it out of group C that had Royal Giants High School from Mityana and debutants St John’s High School Kawuga Mukono as group leaders and runners-up respectively. JICO only managed two points from seven games.

St John’s are under the stewardship of Brian Ssenyondo, who was behind last year’s finalists Blessed Sacrament Kimanya. Incidentally this year, Brian Ssenyondo’s St John’s travelled with 15 players though tournament rules allow 20 players.

Meanwhile, Musede Memorial High School from Mbale region were banned from the tournament for one year. They were found guilty of using two ineligible players;  Hassan Kato and Ismail Mawanda.

In 2014, Kato played for St Joseph’s College Layibi as a senior three student, and the same boy this year came as a Senior Two student at Musede Memorial. Ismail Mawanda, earlier on played for Friends Aademy in Mpigi two years ago and the committee found he is an over-age player. The tournament rules don’t allow players above 20 years to participate.

Uganda Martyrs High School Lubaga had qualified for the round-of-16 but since Musede was banned from the tournament, Lubaga who had won 2-0 against Musede were docked off three points hence leaving Kisozi Seed School from Mpigi region as group D leaders ahead of Standard High Zzana. Uganda Martyrs were left with nine points in third place.

In group E, 2018 tournament hosts Mbarara High School were meant to progress to the next round but were found guilty of using Paul Odeke, who is also above 20 years.

The committee docked off three points from Mbarara High and this left Nakaseke International College who had already packed to go back home above them. Interestingly, the same player who was a student at Hill View SS last year, Odeke was denied participation in the tournament because of the same issue.