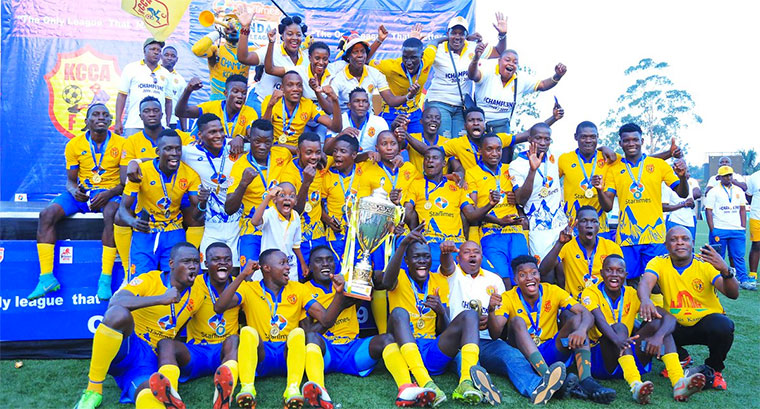 Last week’s top sport story in the country was the crowning of KCCA as 2018/2019 Uganda Premier League champions.

As good a feat as it is, the big story would have been KCCA’s failure to win the league. In other words, short of winning the league title would have been a travesty given that KCCA holds a huge advantage over all competitors in the UPL.

It is not KCCA’s fault that they hold all aces. They have the biggest budget in local football, the best players as well as the biggest sponsorship package. What’s more, they have a stadium that brings in extra monies for the club through renting out.

Furthermore, the club’s influence transcends matters on the pitch and it is almost impossible to separate it from KCCA the institution. Therefore, it is on that backdrop that much as I congratulate KCCA, the playing field was not level compared to the competition.

Take the example of Vipers FC, KCCA’s biggest challenger; the team is almost solely bankrolled by Dr Lawrence Mulindwa. URA FC, the league’s second runner-up, has a budget that is almost eight times smaller than KCCA.

As for the rest of the competition, it is all about survival. The relegated teams of Nyamityobora FC and Paidha FC were even barred from using their home grounds for much of the season.

Therefore, given that KCCA didn’t actually dominate the league as they should, I personally give them a pass their efforts; so, if the country’s best can only get a pass, then it is a reflection of the mediocrity of UPL and Ugandan football at large.

It is also high time to introduce the financial fair play policy in Uganda because the bulk of emerging players rot on the bench of top clubs after being poached to prevent smaller teams from challenging the big guns.

KCCA’s five titles in the last seven years can be equated to a football dynasty but can one really compare this with, say, the Villa side of the eighties and nineties? That dominant Villa of the eighties used to form the bulk of the national team to the extent that non-starters were also summoned to The Cranes. So, KCCA has made no progress because there is no tangible result to their domination.

For Fufa to use KCCA as a specimen or litmus test for success of the league is like UN holding a poverty alleviation meeting in New York to benefit impoverished countries in Africa.

Using the strong purse and governance arm from the Authority KCCA is able to employ, pay, train and even attract the best resources. It’s actually not surprising that they can win, the surprise is the margin by which they win the league. The margin is actually too narrow compared to the gulf between them and all 16 clubs averagely combined.

Unfortunately Fufa finds it convenient to ask of other teams to put in place infrastructure similar to that of KCCA who are thriving on tax payers’ budget, using a pitch constructed under partnership with Fufa using Fifa grants.

Its high time Fufa woke up to reality and analyse, diagnose the real problem of achieving equitable development right from grassroots rather than implementing templates from elsewhere without a proper situational analysis.

Meanwhile, Fufa needs to exercise humility and engage stakeholders to collectively set a roadmap that’s to be followed for the short, mid and long term.  Verdicts, circulars and decrees only work in the armed forces and environments where budgets are funded fully by authorities and therefore can dictate the way they desire.

At the end of the day, the question is; how will history remember KCCA’s achievements over the past few years? Will it be like the dominant Villa that reached two consecutive continental finals or simply the best among the average?

Only time will tell.