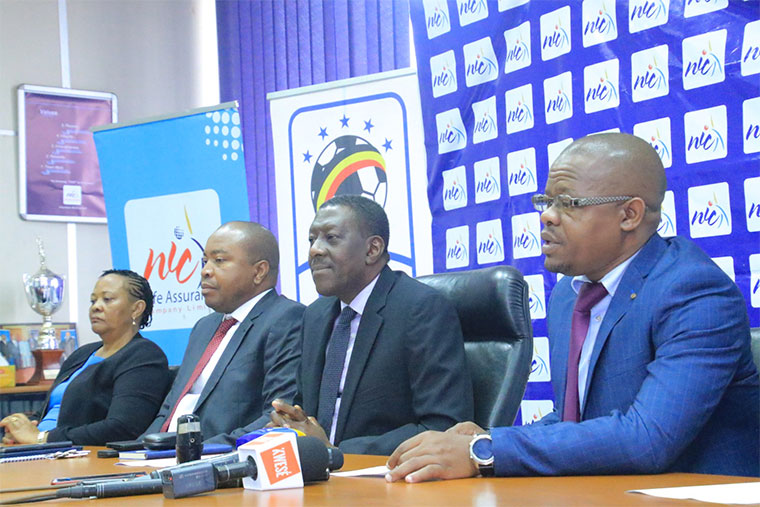 It is quite a challenge for many people to grasp immediately the value of insurance cover.

However, it is vital that football and its recreational centres are protected with adequate insurance. Education on insurance has not been taken seriously by the sports industry in Uganda, save for some football clubs. Insurance policies are designed to cover amateur and professional players, groups and associations in the football industry.

Modern football involves players travelling locally and internationally. It is important for sports organisations to be aware of the potential financial problems they face and how they may use different tactics to reduce such risks.

Football has many challenges with accidents taking a sizeable chunk of the share. Fortunately, there is a game changer in Ugandan football following the renewal of the partnership between Fufa and National Insurance Corporation (NIC) last Thursday.

The deal also covers a standby generator to be given to Fufa and Shs 10m for the annual awards. Uganda Cranes is also still covered under the new arrangement. The journey that started in 2008 with Uganda Cranes has now spread to insurance cover of the players featuring in the Fufa Juniors League for the next four years. It has been a remarkable journey.

I know how much club owners strive to find finances to fund the budgets for each season especially with the eventualities like injuries.  There had been cries from the coaches of various clubs when the FUFA Drum kicked off last year. The choice of players allowed in the tournament left many coaches disturbed with fears over likely injuries suffered. That’s no more now.

Today in football even the innocent actions of a coach, team doctor, official or player could mean disaster. At the blink of an eye-lid, a serious accident could occur, leaving the victim to face lifetime paralysis or confinement and eventually resulting in financial ruin especially if football is their livelihood and only source of income.

We have seen teams lose players during accidents when travelling for tournaments across the country. This could be a major loss to their families, club, football or may be an organization and the country.  Some institutions in football have lost millions of shillings from not having adequate protection of their players, officials, assets such as land, buildings and equipment.

Players are very important in football as they pull crowds to the stadiums but there is also a level of danger involved in the game, since there is frequently a high level of physical activity hence the potential for someone to get hurt or seriously injured.

A couple of national team players and officials , including former Cranes captains Geoffrey Massa and Andy Mwesigwa, Halid Lwaliwa, Bernard Muwanga, OKot Denis Oola, Ceasar Okhuti, Farouk Miya, Francis Olaki, Joseph Nsubuga and Frank Kalanda as well as coach Fred Kajoba, have have benefitted from the NIC insurance cover with Fufa. Fufa House in Mengo was maliciously damaged by Godfrey Walusimbi and group in 2016. The insurance cover cleared the claims for refund as submitted by the federation.

Insurance isn’t about how much an individual or company has in the coffers.

The new deal covers all players, coaching staff and team doctor against death and injuries resulting into permanent disability sustained while on official engagements.

It is Our Game, It is Our Country.

The author is spokesman of Fufa.