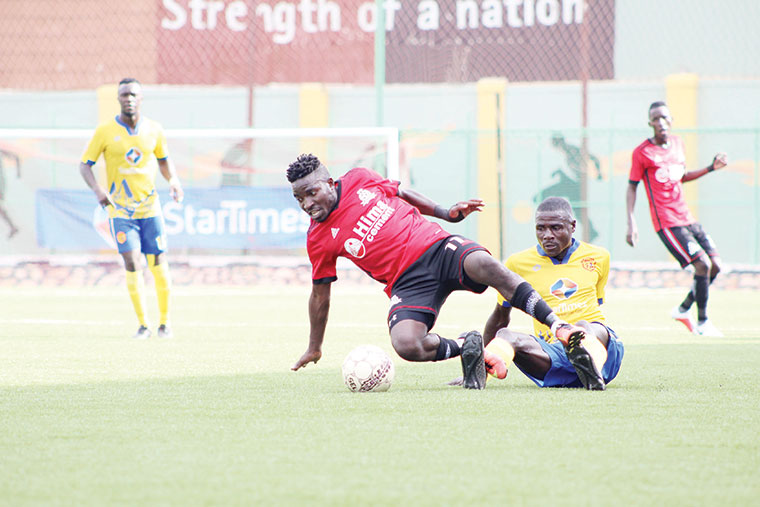 Vipers and KCCA are expected to shine in Africa

It promises to be an enthralling year in sport, with Africa Cup of Nations, Olympic qualifiers and the netball World Cup on the menu in 2019.  JOHN VIANNEY NSIMBE asked sports leaders about their expectations.

Aggrey Ashaba: KCCA FC chairman, says this year is going to be challenging for Ugandan sport, particularly football, when it comes to protecting its integrity.

“The betting syndicates are becoming stronger and more widespread globally. They can control our games without restraints, because there is a lot of money therein. This means they can as well influence the results any way they want. That, I feel is a big threat to protecting the sanctity of our sport in 2019,” Ashaba said.

Against that, Ashaba calls for more vigilance from the authorities, especially the state, which has the investigative and prosecution tools to protect sports in the country from the bad betting schemes. Ashaba fears for the worst in 2019 that criminals could infiltrate the industry and compromise the standard of the sport without strict monitoring of the betting patterns.

Moses Magogo: president of local football governing body, Fufa, is equally worried about betting syndicates.  He says Fufa has no control because most criminals do not necessarily operate within our borders, but overseas.

Yet, Magogo remains upbeat about the prospects for football in 2019. He believes teams like KCCA FC and Vipers SC could fly the country’s flag high on the continent.

“We have a big chance to see The Cranes at the Afcon. But seeing how far the team has come, we should make it out of the group this time. But also, I think our under-17 team showed quality in qualifying for the Africa Championship. So, they should be good enough for a berth at the under-17 World Cup too,” Magogo said.

Patrick Ogwel: acting National Council of Sports (NCS) general secretary, also sees a lot of government investment in regional sports infrastructure, being high on the agenda. “The only way Uganda can become a force to reckon with in international sports, our sportsmen and women need standard facilities where to play and practice,” Ogwel said.

He added that the National High-Altitude Training Centre in Kapchorwa should be operating this year so that the athletes with their sights on the Tokyo Olympics in 2020, can get a good preparation. Ogwel expects the sports sector to get more government funding that should be a huge boost for more international success.

Furthermore, Ogwel hopes that the Physical Education Development bill can become law this year, so that sports, which is still run under the 1964 NCS Act, that recognizes amateur sports, can adopt a more formal professional trajectory.

Jocelyn Ucanda: the She Cranes manager, expects the national netball team to excel at the World Cup due later this year in Liverpool, England. She is still excited by Mary Nuba’s recent move to the professional netball league in the United Kingdom. Nuba’s joining of Loughborough Lightning means that Uganda now has two professional netball players, plying their trade in the top leagues.

Peace Proscovia is in Australia, after she moved from Loughborough Lightning last year. “The She Cranes will be stronger this time at the World Cup. I hope they can win it. But, first, I believe they will be able to qualify from a group with England, Scotland and Samoa,” Ucanda said.

Ambrose Tashobya: outgoing president of the Federation of Uganda Basketball Association (Fuba); after 12 years in office, his major dream this year, is to see Uganda qualify for the 3 on 3 basketball world cup. For both the men and women’s teams, the qualifiers begin in May in Puerto Rico. Uganda’s teams will just need to finish in the top three positions of the eight nations, to seal qualification for the global event in November.

Peninnah Kabenge: an official in the Association of Uganda University Sports, could not be more delighted about the strides made in the growth of university sports. “I hope there will be more support for university and high school sports by ensuring that there is more exposure to international competition,” Kabenge said.

The prospects for Uganda are fundamentally sustained by more investment in young talent, according to Kabenge.