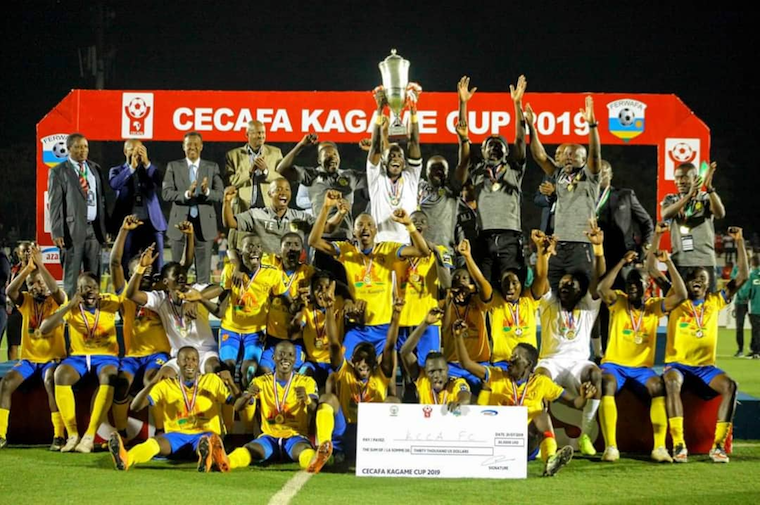 In the final played at Kigali Stadium, Nyamirambo on Sunday, the KCCA side stopped defending champions Azam FC (Tanzania) 1-0. Mustafa Kiiza scored the lone goal in the 64th minute. KCCA coach Mike Hillary Mutebi’s team had beaten the same side 1-0 in the group stages as well.

“I am happy that we have broken the 41-year jinx since the club last won the CECAFA title in 1978,” said Mutebi after the game.

Mutebi said that he is glad his players have had chance to play as many games till the final because this helps them grow in confidence. KCCA dominated the first half with Allan Okello scoring before the goal was disallowed, and Sadat Anaku missing the target by inches.

The Azam side returned with a physical approach, but Kiiza’s strike was enough to give the Ugandan Premier League champions victory. FUFA president Moses Magogo who promised every KCCA FC player Shs 3.6 million ($1,000) in-case they won the title also attended the final together with CECAFA officials.

Cecafa secretary general Nicholas Musonye thanked the Rwanda President Paul Kagame for the support he has given the regional club tournament for over 10 years now. KCCA will now shift their attention to prepare for a preliminary match in the CAF Champions League early next month. In the draws released on Sunday KCCA FC will face Namibia's African Stars FC.