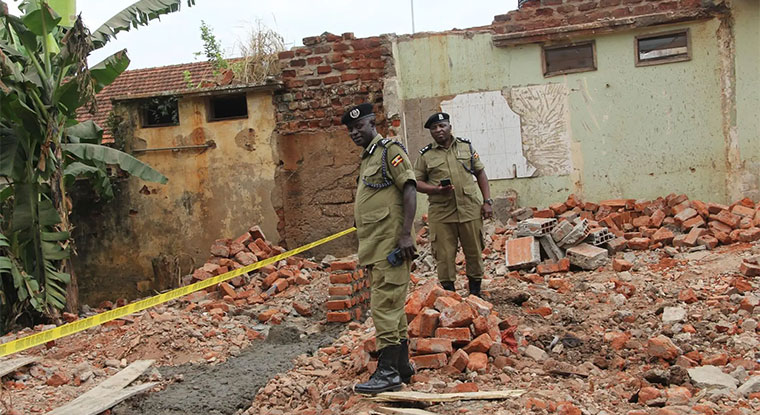 The National Building Review Board (NBRB) has cordoned off a section of Speke Courts hotel as a crime scene after one of its buildings collapsed last week.

NBRB officials led by the head of enforcement, Jafar Magyezi noted that the extension building was attached to the guests’ rooms which could put the lives of residents at risk.

Magyezi notes that following the collapse of the building last week, the developer cleared the crime scene without the knowledge of city security officials which has hindered investigations. NBRB spokesperson, Herbert Zziwa says that the developer disregarded the technical committee’s recommendations and instead resolved to sanction fresh construction works at the exact area where the former building collapsed.

Zziwa says that the area has been cordoned off as a crime scene for the next two weeks, with hopes of enabling expert engineers to thoroughly investigate the exact cause of the collapse. He adds that NBRB experts will also assess the viability of other hotel buildings, which are suspected to have been constructed without adherence to the physical planning procedures.

The hotel management declined to comment on the directives from the review board. Last Wednesday, NBRB said that preliminary findings indicate that the extension building collapsed largely due to poor-quality construction materials and lack of supervision.