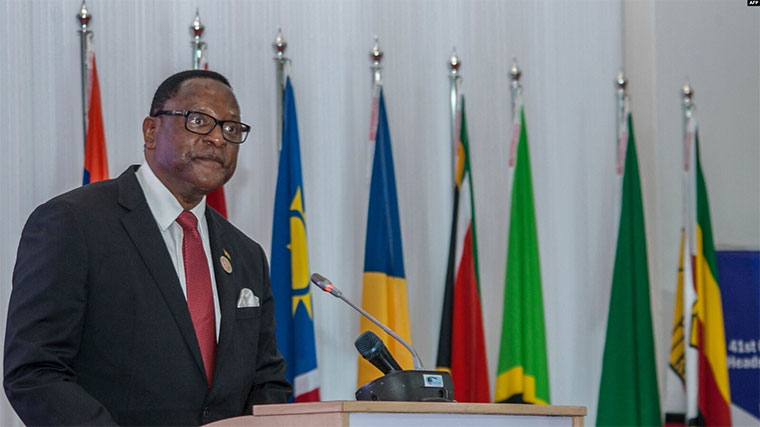 Malawi's president fired the director of public prosecutions, Steven Kayuni, for allegedly abusing his office to avenge what he saw as a personal slight.

Malawian President Lazarus Chakwera announced the dismissal during a televised national address Wednesday. Chakwera was reacting to the findings of a commission of inquiry he established last month to investigate the circumstances that led to the arrest of the country's anti-corruption chief, Martha Chizuma.

The commission found that Chizuma was arrested a few days after Kanyuni complained to police that he felt criminally injured by statements Chizuma made in January 2022. In an audio that was later leaked to social media, Chizuma said that high-ranking officials, including lawyers, a judge and government authorities, were hindering her fight against corruption.

Chizuma was arrested on December 6, but detained for only a few hours, following calls from other officials, ordinary Malawians, and the British and US embassies for her release. The report from the commission of inquiry said Kayuni was wrong to file a personal complaint on matters pertaining to his office as director of public prosecutions.

The commission asked Chakwera to take appropriate action against Kayuni.

"As such, to prevent him from using a public office to settle a personal injury, I have removed Dr Kayuni from office with immediate effect, and I thank him for his many years of service," Chakwera said.

Chakwera appointed Masauko Edwin Chamkakala as Malawi's new director of public prosecutions, and called on all government agencies to support the new government's chief prosecutor. Chakwera rejected recommendations from the commission of inquiry that he should take action against Chizuma for offences she may have committed in her leaked audio.

"So, I want to make this clear today: I stand by my decision to not fire Ms Chizuma a year ago, and I stand by my choice of her as my champion against corruption today," Chakwera said.

Chakwera called for disciplinary action against two deputy police inspector generals, Happy Mkandawire and Casper Chalera, for insubordination. The two police chiefs are accused of rejecting Chakwera's directive to release Chizuma unconditionally when she was arrested on December 6

They would rather clean others even if it requires dumbing them in a civil or military prison!
Report to administrator