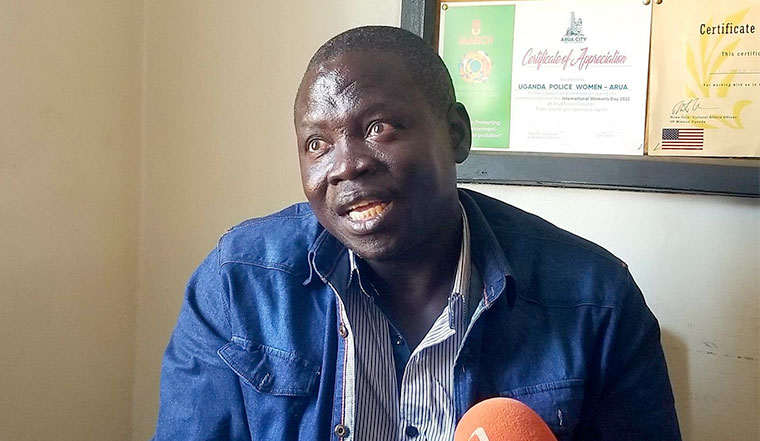 He returned the money today Wednesday at Arua central police station following his arrest yesterday evening in a joint operation conducted by officials from Arua city and the PDM secretariat.

Jovrine Kalisa, the deputy national coordinator of PDM, says that the recovered funds were meant for the implementation of the project activities in Nwoya district, northern Uganda. She says that Leru stole the money during his tenure as Nwoya CAO.

"The money was actually stolen by the former CAO of Nwoya in the name of Andrew Leru who is now the current CAO of Obongi district. So I came here for that operation to recover the money worth Shs 30 million, and I’m glad we have recovered the money for the people of Nwoya district," said Kalisa.

According to Leru, the funds were meant for administrative costs in the implementation of the Parish Development Model during the 2021/2022 financial year.

He admitted that there was an omission on his part regarding the revolving fund, saying that he refunded the money as an example for those who have misappropriated the funds.

"There was an omission on our part, we worked hard to ensure that it is put back because this is what goes to the revolving fund. I have done it as an example, I encourage my colleagues in the service where there was that omission to do the same," he said.

In 2022, Nwoya district carried out an internal audit that revealed that Shs 170 million out of the Shs 417 million the district received in FY 2021/22 meant for PDM was swindled.

PDM which was launched by President Yoweri Museveni in Kibuku district in February last year, seeks to lift about 17.5 million Ugandans out of poverty by transforming them from subsistence to a money economy.

The model is a government strategy for organizing and delivering public and private sector interventions for wealth creation and employment generation at the parish level as the lowest economic planning unit. Leru was released without charge after refunding the money.

If such an administrator is found guilty of putting the tax payers money into his pockets let the honourable judge call in the medical surgeon to cut off two fingers from this culprit. He should keep his job for the sake of paying back this money! He must not be allowed to go scot free for heavens sake!
Report to administrator
0 #3 Lakwena 2023-01-20 19:07
In other words and right from the president, Gen Tibuhaburwa himself; serious crimes committed by government officials such as massacres, stray bullets, etc. are euphemized as MISTAKES and/or OMISSIONS and swept under the proverbial carpet, and the culprits let off the hook, transferred and/or promoted.

Gosh, what a country!
Report to administrator
0 #4 kabayekka 2023-01-21 07:43
It seems that the professional administrator of Nwoya District, in the Northern province of Uganda is NRM diehard that is one of the many bent on destroying that dream of Arua iInternational city.

One understands that these new created African urban entities are able to ask World Bank financial development assistance. One prays to God adminitrators of Arua would not just end up pocketing such relief money if it is forthcoming!
Report to administrator