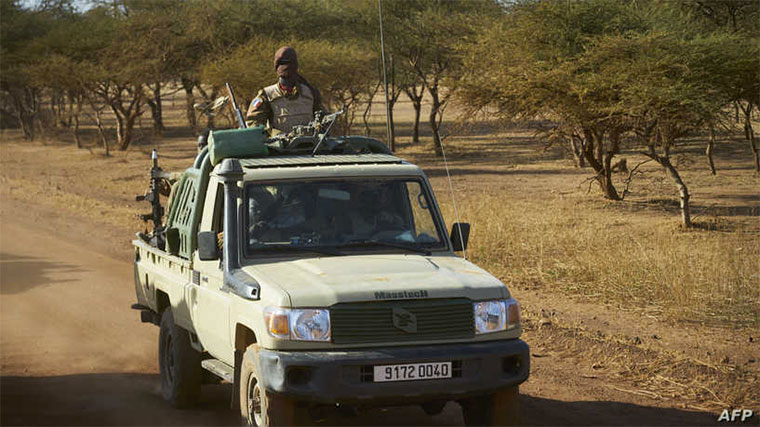 FILE A military patrol in the village

The kidnappings occurred January 12 and 13, approximately 15 kilometers (9 miles) from the town of Arbinda in Soum province, Lt. Col. P.F. Rodolphe Sorgho, the governor of Sahel, said in a statement. The women were kidnapped while in the countryside gathering wild fruit, he said.

Jihadi violence linked to al-Qaeda and the Islamic State group has overrun Burkina Faso, killing thousands and displacing nearly 2 million people in the West African nation. The failure of successive governments to stop the fighting has caused widespread discontent and triggered two military coups in 2022, the second against the first military regime to seize power.

The military junta that seized power in September, vowing to restore security, is still struggling to stem the violence. During the second week of this month, 116 security incidents were recorded, according to an internal report for aid groups seen by The Associated Press. The number represents more than 60% increase compared to the last week of December.

Extremists have besieged towns around the country, preventing people and goods from moving freely. The town of Arbinda has been under jihadi blockade for years, making women more vulnerable to attacks if they try to leave, rights groups say. Former Arbinda Mayor Boureima Werem said the large-scale abductions were a new strategy and could point to a shift in extremists’ tactics.

Ousmane Diallo, a researcher at Amnesty International’s regional office for West and Central Africa, called the kidnappings “a very concerning and serious development in Burkina Faso that exposes the vulnerability of women in areas under blockade.”

“The rights of civilians and their rights to their livelihoods must be protected by all parties to the conflict," Diallo said. "There needs to be more attention and more protection of civilians by the government in these besieged towns, but also [a] tailored approach to the protection of women and girls.”

Laith Alkhouri, CEO of Intelonyx Intelligence Advisory, which provides intelligence analysis, said the jihadis are trying to add pressure to the Burkinabe government.

“Abductions are an easy way to score points and a bargaining card,” Alkhouri said. “These tactics are meant to add pressure on the government to provide concessions, such [as] ransom money, as well as highlight the ruling body as unable to protect its citizens, in the process creating fear among the locals and distrust between the public and the government.”