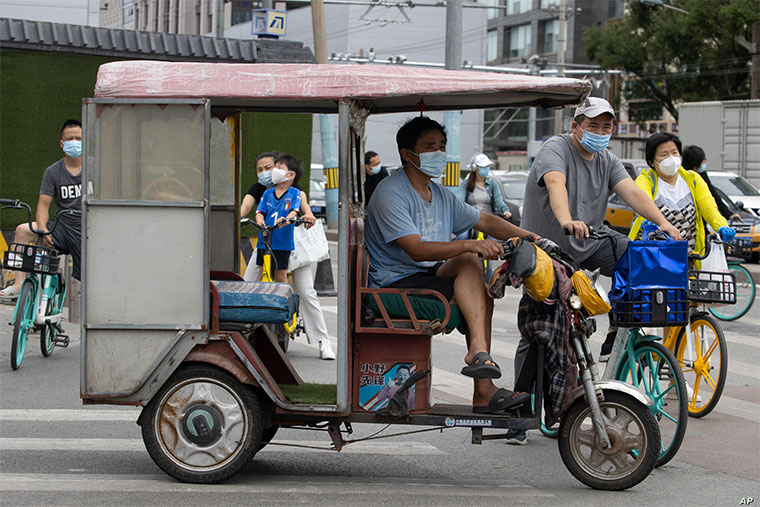 Chinese nationals on the streets

A US woman hailing from the state of California has issued pleas for help from local authorities, saying two family members have been detained by Chinese authorities in a city in Northern China due to a spiritual tradition they practice.

"Since November, I have lost touch with my sister and nephew, but it turns out they've been kidnapped by the police," Shuzhi Kang, of Rowland Heights, told The Epoch Times.

The report said that Kang's sister, Shumei, 60, had been living with her 33-year-old son, Gu Zhang, in Gujiao when the arrests were made. After not hearing from her kin, Shuzhi said another family member told her they were taken by Chinese Communist Party (CCP) police in October last year to detention centres.

The Epoch Times report said that police also seized their apartment and some of their personal property, including their vehicle, computer, and a printer.

"I was heartbroken when I heard that they have been kidnapped by the CCP's police. My tears came down right away," Kang said.

She claimed that her sister is in Gujiao city while her nephew is imprisoned in Taiyuan, the provincial capital located 15 miles away from Gujiao city. The Chinese authorities reportedly said his arrest was due to his "using cult organizations to break the law."

Both mother and son are practitioners of Falun Gong, a spiritual practice that combines meditative exercises and moral teachings. China's constitution, which cites the leadership of the CCP, states that citizens "enjoy freedom of religious belief" but limits protections for religious practice to "normal religious activities," without defining "normal."

However, 101 Falun Gong practitioners died in 2021 as a result of persecution of their faith, compared with 107 in 2020, according to US State Department's 2021 Report on International Religious Freedom.

Both Minghui and the Falun Dafa Infocenter reported police arrested more than 5,000 practitioners and harassed more than 9,000 others, US State said citing Minghui, a Falun Gong-affiliated publication.