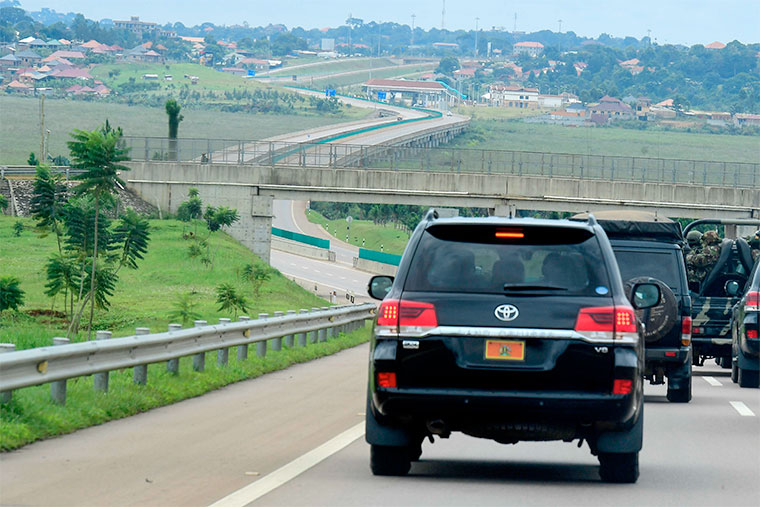 President Yoweri Kaguta Museveni has said the reason his security closes roads when he is moving is the existential threat still posed by the rebels of the Allied Democratic Forces (ADF).

Addressing the country on Friday evening, Museveni said until they have dealt with ADF decisively, Ugandans will continue to suffer from the inconvenience of closed roads whenever he's passing.

“When I’m moving around, they stop vehicles which is something I wouldn’t like but because we still have these types of elements; that’s why the security takes precautions which sometimes inconvenience the public but we are really weeding out especially ADF in Congo and we shall get rid of those inconveniences after we have thoroughly uprooted ADF,” said Museveni.

For close to a year now, the Special Forces Command (SFC), the army that protects the president closes roads wherever the president is going to pass leading to very heavy traffic jams. The closures sometimes stretch beyond an hour - leading to loss of business and inconvenience for other road users. Several motorists have taken to social media to express their frustrations, wondering what could be the president’s phobias.
The president’s fears of ADF run contrary to what his government has said for years that the rebel group with a base in the Democratic Republic of Congo (DRC) had been dealt a heavy blow that it could not carry out any attacks in the heart of Uganda; Kampala city.

Meanwhile, Museveni assured the country that the current spate of attacks on security personnel is no more than criminal acts of a few individuals some of whom are linked to ADF.

“When you attack armed people, you may succeed once but once the armed people know the group attacking them, they are alert. This time you come they will be ready for them and that’s what is happening… I want to assure the public that these are shallow types of actions which shouldn’t worry you because those who are linked to ADF we shall deal with them. They are really in a bad situation in Congo and in their stupidity, they were thinking that the forest is a safe place for them without knowing that the forest is a very good place for us…You come to attack a police station you will die that really shouldn’t worry you at all,” explained Museveni.

He enumerated the different attacks on security personnel and indicated the actions so far taken against the perpetrators. Of those mentioned, is the attack at a concert in Kapeeka Playground in Nakaseke district where one UPDF officer and two attackers were killed. Museveni identified one of the assailants as Denis Ssekimpi who was identified by the several documents he had on his body such as a National ID, driving permit and a loan agreement and other documents.

“An analysis of the documents of Ssekimpi is that he lives in Namusera in Wakiso district where he has some rentals and he is a member of the NUP -National Unity Platform executive of Wakiso district. Preliminary investigations show that Ssekimpi was a serial killer and robber using the very gun we recovered at Kapeeka he stole by killing a security guard,” said Museveni.

I hope that security alternatives that are more affordable to all parties are devised and implemented. May God continue to bless and protect our beautiful nation from every force that seeks to sow violence or greed.
Report to administrator
+1 #14 kabayekka 2022-12-06 00:34
Surely ADF have never had a better reason to hunt this honorable President. It is only those whose election he has constantly been stealing like Dr Obote did to Ssemwogerere that need to look for him.

It is very unfortunate for him to fear the ADF rebels for no reason at all. As a leader of the people he should not do such a thing surely!
Report to administrator
0 #15 Akot 2022-12-06 13:01
Quoting WADADA rogers:

The man now fears everything including his on shadow!

Without Ugandans saying NO to the divisive tribalistic system & UNITING, Museveni will rule for life & leave the seat to his son!