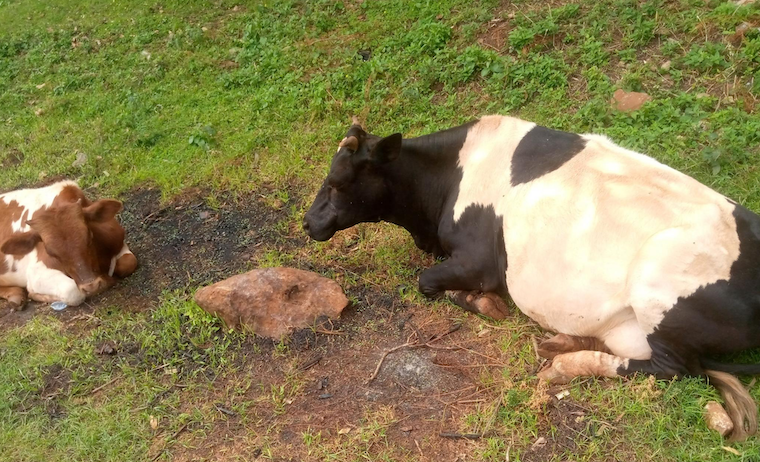 Authorities in Kapchorwa municipality have suspended the sale and consumption of meat following an outbreak of foot and mouth disease (FMD).

An FMD-infected animal presents with blisters on the mouth and foot, has a loss of appetite, fever, and a drop in milk production. While the majority of affected animals recover, the disease often leaves them physically weak.

Kapchorwa Municipal veterinary doctor Sande Cherop, says that 16 suspected cases of FMD have already been reported in the Central Division. According to Sande, the municipality has started vaccination of cattle in the municipality against the disease.

Moses Cheshari, a meat seller says, the idea of suspending the consumption the animal products is good, but blames, the department for failing to sensitize the people about the preventive measures, signs, and symptoms of the disease.

“The authorities do not sensitize the community early enough so as to avoid the disease, but only come in after an outbreak,” Cheshare said.

In spite of the ban, some food vendors in the municipality are still selling meat and milk. Scovia Chesang, a food vendor in Kapchorwa Municipality says she imports her beef and milk from the neighbouring district of Bulambuli and sees no reason why the ban should affect her business.

The last time Kapchorwa district imposed a similar ban on meat consumption was in 2021 when there was an outbreak of anthrax which killed animals and people who consumed the meat of the dead animals.