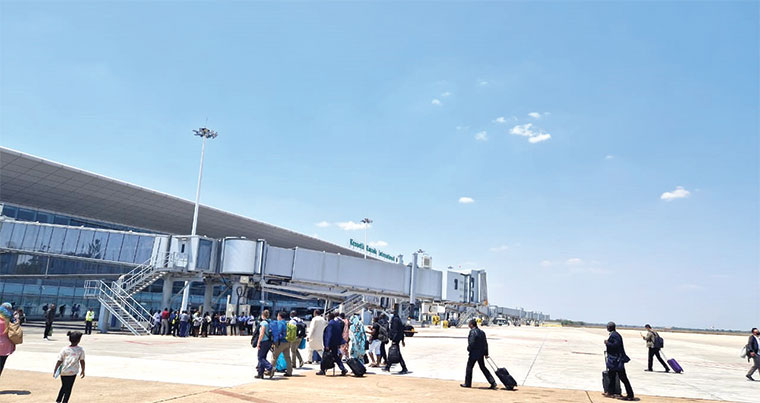 That Uganda’s closest Bantu cousins are not found to the east in Kenya, not its west in DRC, not even on the northern side in Sudan nor to the south in Tanzania but; farther, down in Zambia, some 1,813km away, might be one of the biggest migration mysteries of all time.

It is similar to how Spanish nationals who have visited Kidepo Valley national park in Karamoja, in northeastern Uganda, can understand many words in the Teuso language spoken by the minority Ik tribe.

Not only do Zambians and Ugandans share the same accent, but they also share similar foods (in both taste and preparation), the same hospitality traits whereby everyone tries to genuinely help in whatever form without much expectation in return.

More amazingly is how both nationalities have conscripted the local prefixes of ka (to mean small) and ki/gu (to mean big) into the English language. It is not unusual, in either country, to hear someone, even officials, say that ‘ka-man’ (read small man) or that ki-man (read terrible/fat/ ill-mannered man). The prefixes are used to mean exactly the same thing in both countries.

And like Uganda with 56 tribes, Zambia has more than 72 tribes but a Ugandan, especially from the Bantu- speaking tribes, will be able to pick almost 40 per cent of the words from the fishing community tribes, especially the Nyanja.

Even at the airport, a Ugandan passport is greeted with the kindest hullo sister, hullo brother. Welcome to Zambia!’. No wonder no visas are required for either nationals to enter each other’s country.

Not many Ugandans can name the current Zambian president, but most Zambians can name with precision the top two biggest opposition leaders in Uganda, Bobi Wine (Robert Kyagulanyi) and ‘Besige’ (Kizza Besigye) and of course, they know President Yoweri Museveni and how he ‘horribly treated Bobi Wine’ and many claim he has also apparently impoverished Ugandans.

They also know that Museveni is prepping his son to take over the presidency. A taxi driver, Thomas, says Ugandans should emulate Zambians and forgive the old man with a hat (Museveni).

“Just forgive him [Museveni]. In Africa, we don’t go after the elderly. A few more years and he will be no more. In Zambia, we follow Ugandan politics, Bobi Wine is our guy, we wanted him to win and we know Museveni cheated him out of elections. Africa needs a new generation of leaders; we can no longer continue this way. Things have to change but we have to forgive so as to move forward,” he said.

The Ugandan economy is surprisingly stronger than the Zambian economy and the cost of living way cheaper in Uganda than in Zambia. Unlike Uganda, many stores in Zambia have no qualms about accepting foreign currencies including dollars and pounds.

Meanwhile, musician Juliana Kanyomozi and comedian Anne Kansiime are quite well-known by even an average Zambian national. Until recently, Juliana’s Nabikoowa song was as staple as cake and food at almost every wedding in Zambia – never mind that the lyrics are actually about walking away from a toxic relationship. On the infrastructure front, to the foreigner, Zambia at first glance appears more developed and of course, more organised. 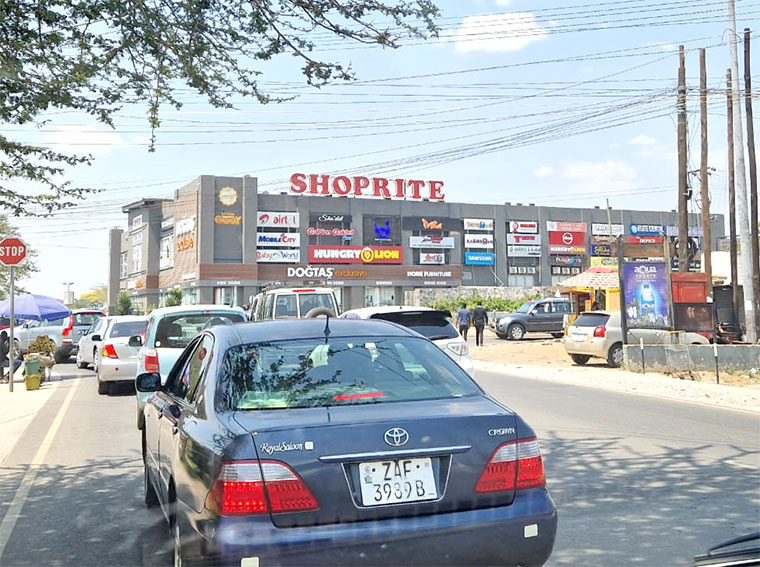 Their ancient-looking and colonial legacy buildings, gigantic stores, six-lane wide, clean and non-potholed roads especially in the city are such a marvel and expose what a raw deal Kampala city authorities have served Ugandans.

The jacaranda trees along city roads add to the beauty and where there are no trees, you can see city authority attempts at planting flowers in the road islands. Despite not being surrounded by barbed wire like in Kampala (which trespassers still cut through!) no one trespasses in Lusaka because there are well-demarcated walkways and waiting/ sitting areas.

Yes at peak hours, there is also traffic holdups and the taxi drivers like in Uganda will also crisscross from one lane to another, but the hold-up does not last more than two minutes and nearly all motorists will respect the traffic lights (robots).

However, go outside Lusaka and you will experience a typical African, bumpy and dusty road. Bananas and apples are everywhere. Meals are almost prepared the exact same way as in Uganda, but Zambia being a semi-desert, the food is not as cheap or abundant as it is in Uganda. If you plan to visit or work in Zambia, fear not; you are likely to feel right at home...