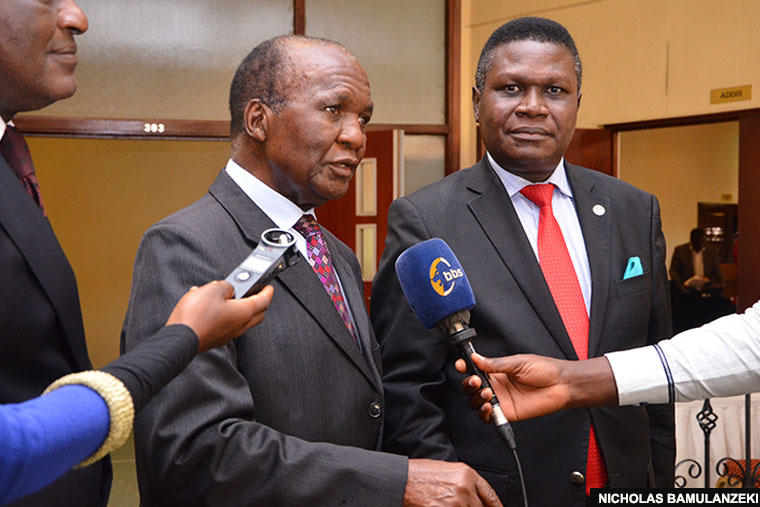 This was announced on Saturday by the minister in charge of the presidency, Milly Babalanda. According to Babalanda, she is scheduled to hold a meeting with the family to discuss and synchronize the burial arrangements. She declined to divulge further details regarding the presidential directive.

Ssemogerere died on Friday at his home in Rubaga. According to family members, Ssemogerere had been unwell the past few days but not in a worrying state as per the assessment of his doctor who checked on him Thursday.

Ssemogerere served as president general of DP for 25 years after succeeding Benedicto Kiwanuka. He was also a two-time presidential candidate, first in 1980 against President Milton Obote and in 1996 against the incumbent President Yoweri Museveni.

At the time of his death, Ssemogerere had quit active politics but continued to contribute to the politics and leadership development in the country. In December 2020 at Africana Hotel, he spearheaded the formation of a coalition of opposition political parties and pressure groups ahead of the 2021 election and beyond, committing their parties to basic principles of "a new political order".

+2 #1 Lakwena 2022-11-21 16:12
But ordering the government to accord DP's Ssemogerere state funeral, does not sanitize Gen Tibuhaburwa from being the thug that spilt the blood of thousands of Ugandans in the name of an alleged rigged Dec 10th 1980 General Election.

Such pronouncement makes him even more hypocritical and politically dirtier!

In other words, this is the same thug who during the 1996 General Erection Campaign by re-advertising the Skulls of Luweero, demonized Hon Kawanga Ssemogerere for trying to bring back Obote (RIP).

Wachirab Wizards?
Quote | Report to administrator
-2 #2 kabayekka 2022-11-22 00:07
"In December 2020 at Africana Hotel, he spearheaded the formation of a coalition of opposition political parties and pressure groups ahead of the 2021 election and beyond, committing their parties to basic principles of "a new political order"."

One continues to wonder what is in a political coalition that this dead gentleman was trying to formulate. Just as the heroes and fighters of UNLF had not yet settled into power 1979/80 the former Uganda President Lule sent his ambassadors to look for the DP candidate so that a coalition can be made to defeat the forces of Return Obote during the 1980 national elections.

Candidate Ssemogerere was nowhere to be seen. He had gone in hiding. It is well believed the interim Military Council chairman and his deputy were hiding him well away from such a syndicate.
Quote | Report to administrator
-2 #3 kabayekka 2022-11-22 07:55
The African Democratic new political order is a lie that continues to mess up many tribal communities in this country even if this politician is given a great state funeral at the tax payers cost.

The long serving government in this country does not accept any sort of political reconciliation that would try to remove it from the state power it captured. The democratic party unfortunately is trying to wake up again so that universal democracy in this country can prosper. Unfortunately it is doing it at its own peril.
Quote | Report to administrator
0 #4 Henry Baisi 2022-11-23 14:17
Kawanga S was a great patriot. His politics was driven by a moral campus.

He will forever be remembered for his 1980 campaign slogan, "Amazima nobwenkanya". I challenged him in the mid 90's during a debate in London.

I told him I felt he had let those of believed in him down. He replied "you have condemned me, Nsonyiwa. Namusonyiwa. I will forever miss this great son of Uganda.My condolences to family and DP.
Quote | Report to administrator
Refresh comments list
RSS feed for comments to this post
Add comment