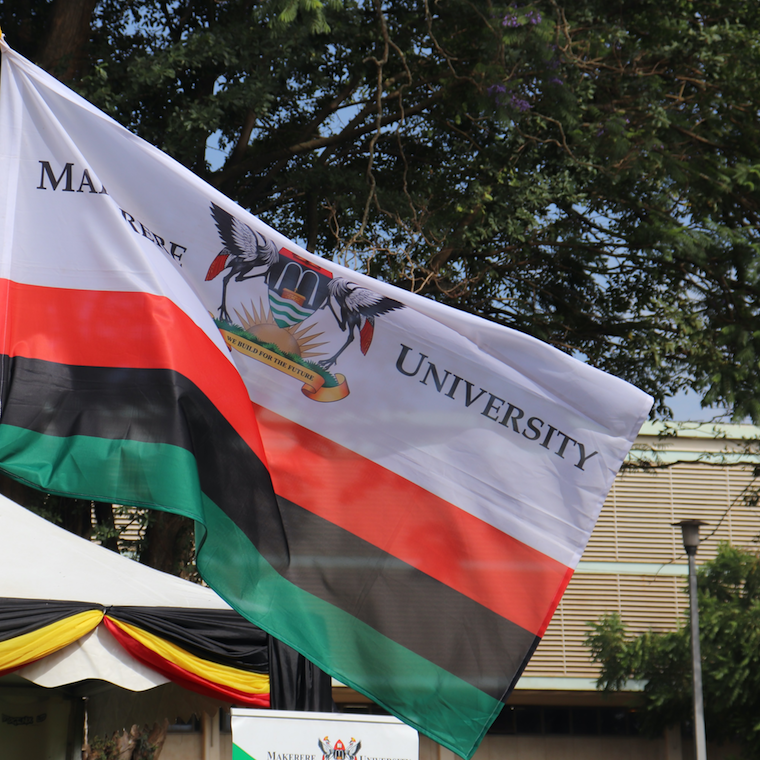 Makerere University vice chancellor, Prof Barnabas Nawangwe has interdicted a lecturer who was recorded on phone slapping a female student.

Yesterday Saturday, social media was awash with a video clip showing Bernard Wandera from the college of humanities and social sciences (CHUSS) slapping a student on Friday during a social policy class at the Frank Kalimuzo Central teaching facility.

The social policy class brings together bachelor of arts in social sciences students, and those doing a bachelor of social work and social administration. Now, in a letter dated November 19, Nawangwe noted that Wandera contravened the terms and conditions of his employment with the university, and also violated provisions of the Universities and other tertiary institutions Act 2001.

Nawangwe noted that the since the video clip was released, he has received a lot of complaints from university students and the larger university community which perhaps informed his decision to interdict the lecturer as investigations into the incident commence.

“I have also received additional written complaints from a student of the college of humanities and social sciences as well as oral complaints from the university community on this matter," Nawangwe notes in the letter.

“Pursuant to section 55(c) of the Universities and Other Tertiary Institutions Act 2001 (as amended) as well as the provisions of the Uganda Public Service Standing orders 2021, and the Makerere University Human Resource Manual (2009), I hereby interdict you from the university in order to protect the reputation of the university, its students and in order not to jeopardize the ongoing investigations," Nawangwe wrote.

It's so unfortunate that a lecturer can slap a student this way. This is unacceptable, @Makerere should not only convey justice to the lady but also suspend the lecture.
I also applaud the one who recorded the video. You are indeed a significant citizen journalist. Bravo. pic.twitter.com/JqBTdIgomU

In the letter, Nawangwe noted that Wandera will only receive half of his salary during the period of interdiction which takes immediate effect. He also said that a committee to investigate the incident will be constituted. One student who spoke on condition of anonymity said that the lecturer was angered by students who were talking during the lecture.

“That lecturer doesn’t allow students to use their phones, as well as those who speak during his lectures because he demands attention from students,” the source said.

“The lecturer asked them to move out but the girls were not sure whether he was referring to them. That was when he slapped one of them,” he further explained.

The identity of the female student is yet to be established.

+2 #1 rubangakene 2022-11-20 18:11
This is a difficult case; some students engage in 'disruptive behaviour' while recording the lesson knowing they have something to refer to later, this is not fair to other students.

Lecturers are under extreme pressure as it is, but may be this student had been doing this for quite sometime knowing she probably is the daughter of some big-wig. Slapping is an expression of "..I know your dad is a VIP, but I am boss of this outfit", so to speak kind of behaviour, let other students be the judge of this episode, we are all equal.

Alternatively, students must surrender/turn off their phones during lectures!
Quote | Report to administrator
+2 #2 kambarage 2022-11-21 02:26
I remember Wandera. Very good lecturer with solid material.

The classes are big and any noise would clearly be a distraction. He probably over reacted but we should not lose him if he has no other offences.
Quote | Report to administrator
-3 #3 LLujja 2022-11-21 21:45
This is criminal . He should go to jail and fired right away.
Quote | Report to administrator
Refresh comments list
RSS feed for comments to this post
Add comment