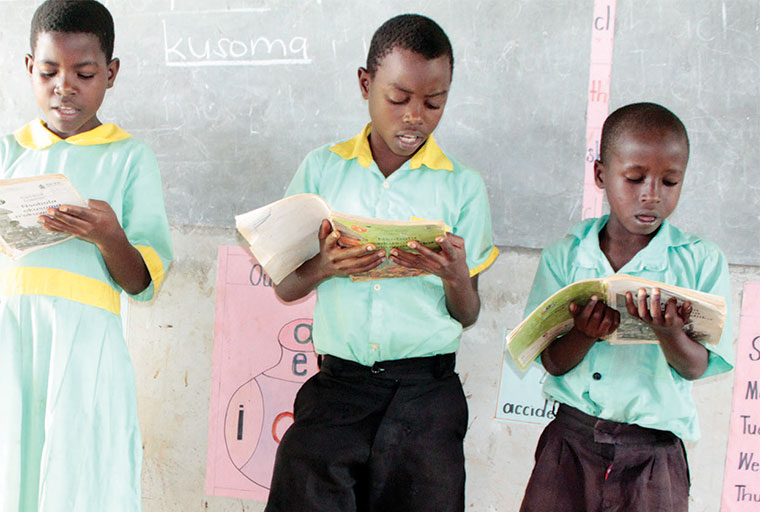 The Uganda National Teachers Union (Unatu) has recommended an extension of the primary school cycle by one year and cutting the time spent in the lower secondary from four to three years.

This is part of Unatu's memorandum to the Education Policy Review Commission, which is currently collecting ideas that shall inform the overhaul of the country's education system.

In its proposal presented by the general secretary, Filbert Bates Baguma, the teachers’ union wants the education structure to comprise of 2 years of pre-primary, 8 years of primary, 3 years of lower post-primary, and 2 years at junior college or advanced level (A'level) before a learner moves to an institution of higher learning.

“The primary subsector shall be composed of 8 years instead of the current 7 years with the two years’ foundation in pre-primary education,” their memoranda read in part.

Nonetheless, there are several differences between Unatu's proposal and the white paper. For instance, while the white paper suggested that learners should enroll in primary at six years of age but Unatu is mooting for earlier enrollment at the same level. Unatu proposes that learners should enroll in Early Childhood Education (ECD) at three years of age and spend there two years before formally joining primary one at 5 years.

Unatu's submission runs counter to a recent one made by Uwezo, an organization known for conducting research on the effectiveness and quality of education. Uwezo suggested that the number of years spent in primary school be reduced to six years.

A change that Kenya recently adopted when it introduced the infamous competence-based curriculum (CBC). According to Uwezo, in the current primary school cycle, a lot of time is wasted in some classes on the revision of previous courses, something that can be avoided.

But, there have been voices like that of Dr Joseph Muvawala, the deputy chairperson of the commission and executive director of the National Planning Authority (NPA), who thinks that learning outcomes should take precedence over the number of years spent at a certain educational level.

Conversely, the teachers’ Union also suggests that in upper primary, learners should be required to set out a clear path based on the subjects they choose. For instance, those whose interest is in academics should pursue that path, but those who aren't can also choose their own path earlier.

According to Baguma, the current system is rigid and does not provide equity or flexibility. This is because it does not give students the chance to explore their skills or lifetime learning possibilities. Consequently, students who fail to pass the four examinable topics are referred to as failures.

However, the commission's chair, Col (Rtd) Nuwe Amanya Mushega, and Monica Monge Abenakyo, a member of the commission, seemed concerned about the Unatu's-proposed age for beginning elementary school. Abenakyo couldn't resist asking what treatment and instructions she would have to give to the five-year-olds.

The idea of comprehensive secondary schools is also a copy and paste from the government white paper. In a recent interview, Dr Yusuf Nsubuga, a member of the commission, noted this was at the core of the 1992 education reforms but it failed flat.

Nsubuga, who was the commissioner in charge of secondary education at the time argued that the government tried to implement this reform but they lacked resources and political will and thus the proposed reform suffered a natural death.

Today, Nsubuga says unless the factors that failed them 28 years ago are addressed, the new suggestions might be another beautiful recommendation that will remain on paper. Away from comprehensive secondary schools, Baguma also suggested that there should be specialized talent academies for gifted learners who wish to nurture their talent or passion with a view of turning it into a career.

These include; business and trade schools, football and other sports academies, music, dance, and theatre schools, art and design schools, and culinary schools.

For learners at junior college or advanced level schools, the teachers’ union suggested that these should offer academic pre-university subjects for example those wishing to pursue a bachelor’s degree in medicine will then take pre-medical subjects for a duration of 2 years.

To them, this will help a learner know their desired career path and focus on subjects or courses that are fundamental for entry into that course at the university level.

“In junior colleges, the syllabus is organized in modular form. Each module or course is assessed on completion. A student that completes the required number of courses, which include compulsory and elective subjects, and passes the final examination receives a Uganda Advanced Certificate of Education,” their proposal adds.

In the same development, Unatu proposes free and compulsory education for learners aged 3-12 years at pre-primary and primary levels.

“Emphasis should be placed on free and compulsory education. Currently, the Universal Primary Education program does not commit the parents/guardians to take all school-going-age children to school. There are no penalties for non-compliance. This gap must be addressed such that all children have access to at least 8 years of Primary education,” their memoranda further reads.

Probing this proposal, Dr Prosperous Nankindu Kavuma, a member of the commission, wondered whether it could be fair enough for compulsory education to end at the primary level. To her, the learner at this level is still young and they need to keep in school for more years.

As Dr Nankindu points out, several other groups have presented memoranda to the commission. For instance, the NGO Forum wanted education to be compulsory up to the completion of senior four.

In relation to assessment, another area that the commission seems to be interested in, Unatu proposed that all forms of examination before primary six be abolished and learners receive continuous assessments. At other levels of education, Unatu suggests that examinations, if they are to be available, should be based on what is taught in a particular year. Each year is assessed on completion other than making learners sit for examinations covering the entire education cycle.

The majority of commissioners appear to be in favour of continuous assessment in principle. However, the question which seems to be unclear to them is how this will be handled. For instance, Dr. Nsubuga raises concern about whether teachers can be trusted with this suggested assessment after finding out that they are the main drivers of examination malpractice, especially for national exams.

The commission is still holding a public hearing in which several individuals, entities, and organizations are invited to present their views. This will kick off the process of overhauling the entire education system. Among the key things, the ministry of education is looking at are changing policies on curriculum, assessment, education structure, teacher issues, and management of private players among others.

0 #1 Lysol 2022-11-20 08:25
The destruction of the education system continues under the former babysitter. To destroy the future of any country, just destroy the education system. This will mean that Uganda will have one of the oldest undergraduate students in the world.
Quote | Report to administrator
0 #2 kambarage 2022-11-21 02:41
This commission needs to be extremely careful with these unresearched proposals coming in from left and right.

Each of the submissions is coming with no scientific evidence to support its recommendations. UNATU is copying from white paper whose ideas are now archaic considering the evolution of life since its drafting.

Uwezo may be more useful in this although the quality of their research studies needs to be tested and findings validated.

Scholars of Education with recent relevant research and International actors with successful education systems should be the key sources here.

Their ideas may then be related to the contemporary Ugandan context. Otherwise the conventional actors with their minimal knowledge will keep us in the same place if not worse.
Quote | Report to administrator
Refresh comments list
RSS feed for comments to this post
Add comment