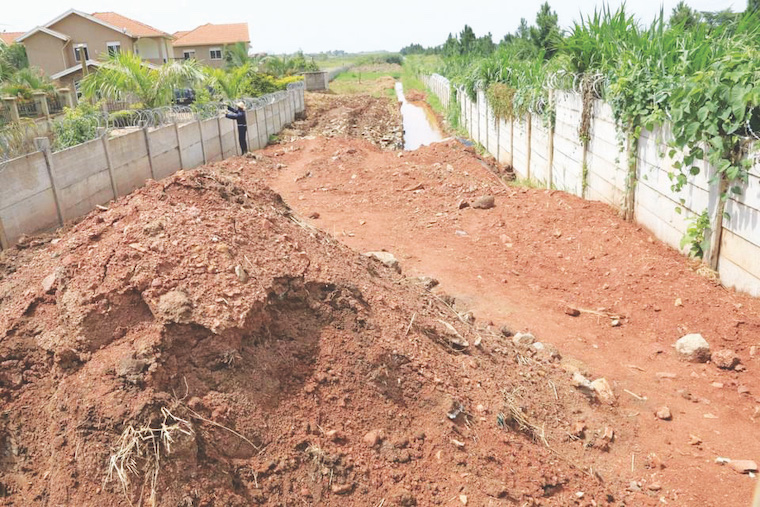 Part of the contested land

The High court has halted the cancellation of a 140-acre land title belonging to businessman Hamis Kiggundu. Ham, as he is popularly known, is battling for the ownership of the prime land in Kigo, Wakiso amid contestation that there were procedural irregularities in acquiring it.

In September, Baker Mugaino, the acting commissioner Land Registration, cancelled Ham’s title on grounds that his freehold title overlaps into mailo land belonging to the Kabaka of Buganda and that it is a wetland.

However, Ham ran to court to stop the cancellation of his title on grounds that the commissioner erred in ordering the cancellation and that the action taken subverted the due process of law by hijacking the public hearing, among others.

On November 3, Land division judge Tadeo Asiimwe issued a temporary injunction order restraining the commissioner, his agents or servants from effecting the order of cancellation in respect of the Ham’s freehold titles comprised in Kyadondo Block 273 Plot 23974, 23975, 23976 and 23977 in Kigo until hearing and determination of the main appeal.

In the appeal, Ham argues that there is need to do a resurvey to align the common boundary line between his freehold land and that of the Kabaka. He further claims that the commissioner usurped the powers of the National Environment Management Authority (Nema) by ordering the cancellation of the title upon unverified claims of its unauthorized use of a wetland.

He contends that a joint survey report which included Nema officials made no finding as to any unauthorized use of a wetland.

+1 #1 kabayekka 2022-11-17 12:23
The court of this country seems determined to process the proper habitation of the people of this country while at the same time its long serving government has no plans whatsoever to house the millions of citizens of this country who are technically homeless and live in traditional miserable African huts together with their farm animals.

That is why in such article as this one it seems that only the millionaire business people are the only capable land owners able to defend themselves and their properties by the law of this land. All that the African poor land owners can do is to immigrate from their ancestral lands.
Report to administrator