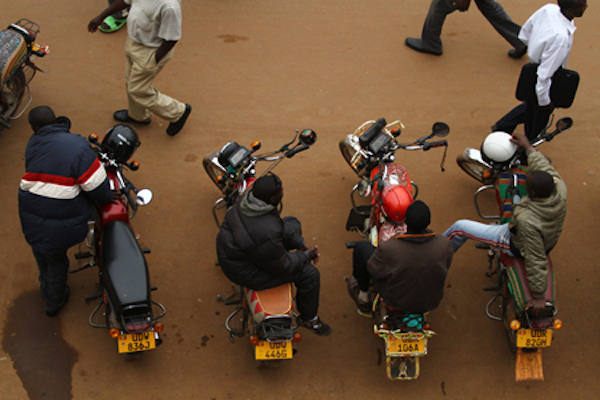 Patrick Mujuni started a grocery shop in Fort Portal town in 2018, but decided to close it less than three years because it had become costly for the family to maintain.

By closing his grocery shop before it made five years, he joined the large number of Ugandans that eagerly open but are then forced to close their infant businesses, after a short time.

According to the Global Entrepreneurship Monitor (GEM), Uganda is a country with the most enterprising population in the world. However, the spirit of enterprise does not always pay off for majority businesses owners.

According to GEM’s last report on Uganda, 20 per cent of the businesses in the country collapse within one year, although things might have since gotten worse. A 2022 report on taxation and business environment estimated that about 55 per cent of entrepreneurs that started business in the last five years have since closed shop.

Mujuni says he closed because his wife, who had been taking good care of the business to avoid loss making, was no longer available, as the family had since had a child that required a fulltime mother.

“We decide to close because the journey to the shop was making our child sick and we were spending a lot of time and money on treatment,” he says.

To start his business, Mujuni invested Shs 10 million but when his wife gave birth and stayed home, the business lost most of its capital. Mujuni then borrowed another Shs 9 million to reinvest in the business, but he in the end realized the boda boda ride from home to the shop was making the child sick.

For Geoffrey Ssebaggala who has tried his hand at owning a bar twice, the problem was many debtors refusing to pay and eroding his capital base. For this story, this reporter interviewed several current and former business owners and in all cases, entrepreneurs attributed closures to personal failure in one aspect or the other.

But is it possible all these businesses are closing because the owners make catastrophic mistakes that lead to closure?

Asumani Guloba, the director, Development Planning at the National Planning Authority (NPA), says it is possible. He says although economies worldwide are suffering a shortage of money occasioned by monetary policies intended to stop global inflation, the failure of Ugandan businesses has been around for some time now.

“Many Ugandans lack the discipline to keep their businesses going,” he says, adding that with a little success in business entrepreneurs spend their windfall on mansions and big cars like Range Rovers, instead of investing in the long-term survival of the company.

Some experts, however, blame the structure of Uganda’s population, saying family heads are usually spread too thin, meaning people can only spend on the bare minimum of human needs.

That is a much better fertility rate than the 7.1 in 1990, but it is still too high and gives a pyramid-shaped population structure, working people with many dependants.

“Our dependency ratio currently is 103.This means that for every 103 dependants, there are 100 people that are working,” says Julie Nabawanuka the Program officer for Sexual Reproductive Health at the National Population Council.

This compares poorly to countries such as China, which the president has always looked at, as a role model, for a getting a big population that would be good for development. In China, the dependency ratio stands at 45.9 meaning for every 100 working people, there are 46 dependants.

“When you look at countries in the developed world, they have dependency ratios as low as 54, for some it is even lower at 43, meaning that there are no dependants for some members of the working population,” says Nabawanuka.

She adds that 103 is even an underestimation of Uganda’s dependence ratio. The international starting age for a working person is 15 years, yet she points out that in Uganda’s either many youths are in school or still unemployed by 25, meaning they are still dependants. She says that with that many dependants just about 30 per cent of the population works.

“When such a small percentage is working, you cannot expect a high tax- to-GDP ratio or that many people will flock to the shops, malls and high-end supermarkets,” she says.

She explains that when people barely have enough to feed, educate and treat members of their families, it is unlikely that there will be enough money left over to shop in supermarkets, or other brand stores.

This partly explains why the country has seen an exodus of supermarkets such as Game retail stores, as the middle class that should be trooping to the malls ends up in places such as Owino or Kikuubo to save some money for the basics.

Before Game retail stores departed, other foreign supermarkets had also closed. These include Uchumi, Nakumatt and Shoprite, which quietly quit in September 2020. Dr Guloba, on the other hand, blames the closure of these foreign supermarkets on a failure to understand the market dynamics.

“Many foreign supermarkets and especially the Southern African ones cannot survive in Uganda and Eastern Africa,” he says.

He says while the Southern African supermarkets are used to selling even food, in Uganda, there are markets such as Nakasero, Nakawa and Kalerwe from where most households buy the food.

He also talks about the supermarkets closing too early, yet Ugandans need to access shops that open until about 10pm in the night and not 8pm like was the case with Game retail stores, the South African supermarket chain which recently announced it was leaving Uganda.

On the Kenyan supermarket chains that expanded but failed to remain in Uganda, Dr Guloba insists the problem is failure to understand market dynamics.

“Most Ugandans prefer to buy their groceries close to home and these foreign supermarkets have failed to understand this concept,” he says, adding “the indigenous supermarkets are thriving.”

He explained that local supermarket chains such as Quality and Capital shoppers have understood this concept and are located in the suburbs. Yet brands such as Nakumatt, Shoprite even Uchumi tried having outlets outside of the city centre but this never worked out.

When supermarkets such as Game retail stores first came to Uganda, there was celebration even among government officials. Edward Rugumayo who was the minister of Trade, Tourism and Industry at the time noted that the arrival of such brands signified stability and the potential for growth of the economy.

Despite, GDP per capita growing beyond the $1,006 that had been predicted by the third National Development Plan (NDP III), the incomes are yet to be felt by Ugandan businesses, which keep collapsing. According to the departing big supermarkets, they are not making enough money to maintain operations in Uganda.

On the low tax-to-GDP ratio, Dr Guloba claims taxes are not a major component of business costs. The taxation and business environment report, however, notes that Uganda’s tax rates have been increase yet the tax base is not changing.

According to background to the budget for the current financial year, Uganda’s tax-to-GDP ratio, way below the 18 per cent that the East African Community has set, as being appropriate for any partner state interested in joining the monetary union.

With the exception of South Sudan for which the World Bank has no data, only Tanzania and the recently admitted Democratic Republic of Congo (DRC) have a lower tax to GDP ratio than Uganda.

Information from PRB also shows the three countries Uganda, DRC and Tanzania also have the highest population growth rates in the region. Dr Guloba, however, argues that a large population is good for the economy.

“Every person, whether rich, poor or child, spends money,” he says.

Different government officials have advanced this same argument, the most recent being Lilian Aber the Kitgum Woman Member of Parliament. While listing achievements of independent Uganda, Aber noted that the National Resistance Movement (NRM) found a state with a population of 14 million people that has since grown the current to 43 million.

0 #1 Lakwena 2022-11-18 08:36
As if we do not have a government, the biggest problem in our economy/country is that: all the goods and services are overpriced vis-a-vis the per capita income.

E.g., not many Ugandans can afford a cup of coffee and/or decent meal in decent restaurant. The daily transport to and from work, takes away over 30% of a commuter employee's income.

Rents for reasonable accommodation is crippling. And health services are bewildering.
Report to administrator
0 #2 Lakwena 2022-11-18 08:45
In other words, the majority of Ugandans live in a state of permanent unemployment and Social Insecurity!

As a result there is no such a thing as retirement in Uganda.

Before, and as soon as one retires, he/she has to look for another job, and/or start business, sic income generating project, which inevitably collapses in less than 5 years.

Otherwise, however much saving never saves Ugandans. Why e.g. are all the former Prime Ministers re-appointed in Public Offices, such as Special Presidential Advisors?

Why should retired UPDF Generals be appointed Ministers, Ambassadors, RDC, Director, Coordinators of Operation Wealth Creation, etc. BS, yet millions (87%) of our educated and semi-educated youths languish in eternal unemployment?
Report to administrator