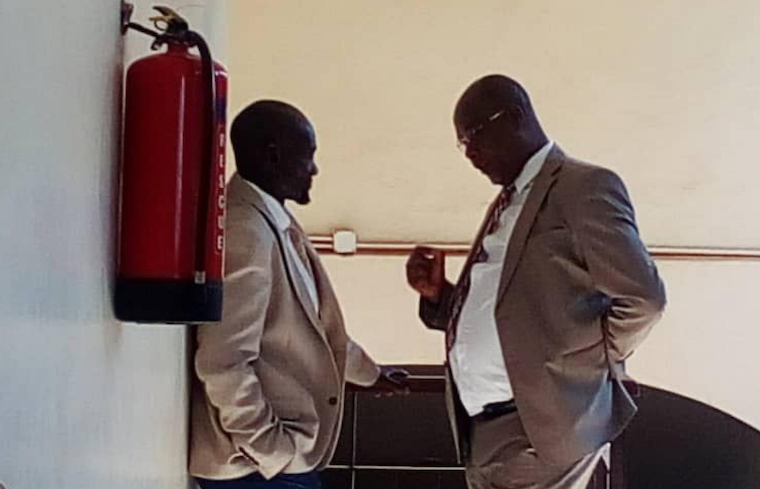 Hatwib Katooto the former Katerera member of parliament has withdrawn an election petition case from the Mbarara High court filed against his brother, Muhammad Kato following a successful mediation between the parties.

The withdrawn case arises from the appeal case filed by Katooto in the Court of Appeal in September last year. This was after the dismissal of the petition by Mbarara High court judge Moses Kazibwe Kawumi that arose from the January 2021 general elections.

The two brothers contested against each other in the race for Katerera County parliamentary seat that saw Kato emerge victorious with 12,213 votes against Katoto's 9,302 votes. Katoto thereafter ran to the Mbarara High court to challenge Kato’s victory but lost the case.

In his petition, Katoto alleged that his brother Kato lacked the requisite advanced-level academic qualifications to contest for the MP seat, he also cited multiple voting, ballot stuffing, intimidation of voters and Kato's alleged printing and displaying of posters with the name 'Katoto' to mislead voters.

However, these grounds were challenged by both the defence and the Electoral Commission’s legal team that all affidavits in the case carried different font sizes and line spacing from the main body and that the statement of the commissioner of oaths was independent of all the pages, which he said was conclusive evidence that the deponents did not appear before the commissioner of oaths.

Justice Kazibwe concurred with both Kato and the Electoral Commission’s legal teams and dismissed the application with costs. Katooto after losing the petition in the High court opted for the Court of Appeal to challenge the ruling through his lawyers of Lukwago and Company Advocates raising five grounds, saying that the trial judge had erred in the hearing of his petition.

He noted that justice Kazibwe erred in law when he removed nine affidavits filed out of time from the court record hence causing a miscarriage of justice. Katoto also faulted the judge for abdicating his duty of evaluating evidence on the court record and wrongly severing his affidavits for allegedly departing from the petition.

Katoto wanted the Court of Appeal to allow his case and revert the petition to the High court for a re-trial which was granted by a panel of three Court of Appeal judges. The panel comprised Elizabeth Musoke, Muzamiru Mutangula Kibeedi, and Monica Mugenyi.

However, on Monday morning the two parties with their legal teams held a mediation session that lasted hours and was chaired by the head of litigation at the Electoral Commission, counsel Eric Sabiiti who volunteered to mediate the parties.

After the two parties agreed, Sabiiti led the team to the chambers of lady justice Esta Nambayo to report the outcome who subsequently endorsed the withdrawal of the petition.

Sabiiti told journalists outside court that before petitioning or any other matter, parties are usually encouraged to mediate noting that when the opportunity arose they utilized it and explained to both parties the merit of the case. He said that the two parties also agreed to meet their costs.

Kato, the current MP said that withdrawing the matter is going to be one of the things that are going to contribute towards the development and unity of Katerera County.

"To my heart, everything stops here," said Kato.

Shortly after the withdrawal, Katooto the former MP said that he had chosen to withdraw the case for the sake of the NRM party, noting that this will help the people of Katerera County to at continue with prosperity.

"This will give a leeway for the Katerera people and I tell them I'm with you, four years are not far. For the NRM fraternity, I have withdrawn the case. I encourage them to continue with that solidarity to ensure that we continue with that prosperity," he said.

I wish that it was also (first) for the sake if their brotherhood and for the good of the family. Politics comes and goes, but family is forever.
Report to administrator