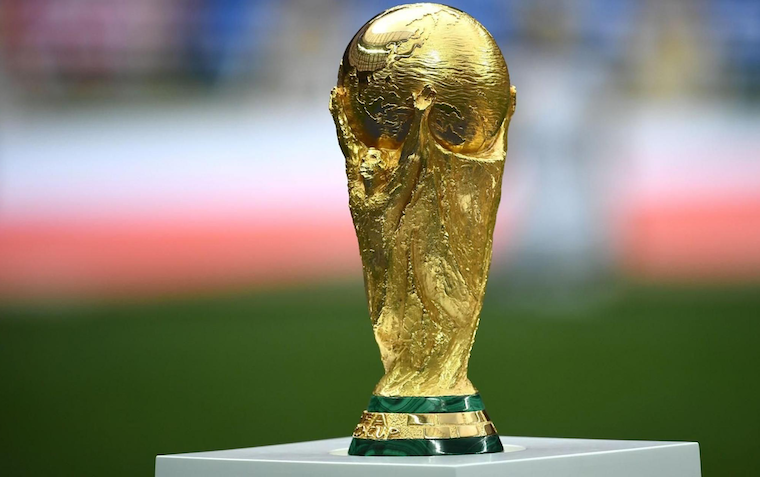 Ahead of the 22nd edition of the FIFA World Cup this Sunday, the coveted trophy was unveiled in Qatar after a 51-leg globe tour that began in May in Dubai, UAE.

The trophy made pitstops in all the 32-participant countries as well as other additional countries, continuing a tradition that began in 2006. The trophy landed in Qatar on Sunday, November 13.

The trophy will be overseen by the Supreme Committee for Delivery and Legacy (SC) and FIFA until the last match of the FIFA World Cup in Qatar when it will be handed over to the victorious team. URN takes a look at the famous FIFA World Cup trophy, how it is made, and who gets to keep it.

The current trophy was designed by Silvio Gazzaniga, a Milanese artist who sculpted the famous trophy in 1971 and has been in use since 1974. FIFA selected Gazzaniga's design from among 53 other trophy models exhibited. In 1974, (West) Germany's Franz Beckenbauer became the first captain to lift the new trophy after beating the Netherlands 2-1.

Previously, if a team became three-time champions, the trophy would be permanently bestowed on them. Brazil won the championship for the third time in 1970, and FIFA later authorized Brazil to keep the trophy permanently.

This Jules Rimet trophy, however, was stolen in 1983 from the Brazilian Football Confederation headquarters in Rio de Janeiro and since then, the current location of the trophy is unknown. It is speculated that it was melted and sold.

After designing the trophy in 1971, FIFA amended the rules such that the new trophy is not permanently granted to the winning nation regardless of how many World Cups they win. The original trophy is presently kept in Zurich, Switzerland, at the FIFA World Football Museum.

The present trophy, known as the FIFA World Cup trophy, was originally used in 1974 when West Germany won the tournament. While it cost roughly $50,000 to make initially, it is now considered to be worth around $20 million (about Shs 75 billion).

Every four years, a brass copy of the trophy is provided and handed to the football federation of the winning side. The winning nation however gets to lift the real trophy, but when the celebrations are over they take home only the replica version.

On the final tourney day, the trophy is always displayed on the pitch's sideline during the game and after the end of the game, the victorious team's name is engraved at the bottom of the trophy, it is delivered to the captain of the winning team.

However, there is concern that a new World Cup trophy will be needed in 2042 because the name plaque at the base of the existing trophy is meant to be filled with the names of the 17 champions from 1974 to 2038.

As a result, in 2042, a new trophy will be used, while the previous trophy is expected to be permanently stored at FIFA headquarters.