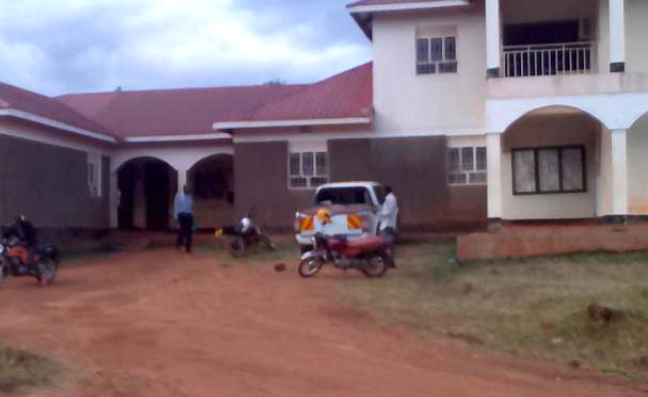 Youths who have been championing the fight against misuse of government resources Bukwo district, eastern Uganda have resolved to halt their activities, saying their efforts have not been appreciated by government departments entrusted with fighting the scourge.

Moses Kiplingat who coordinates Bukwo Anti-Corruption Monitors said that they have been spending much of their time following up on misuse of funds and liaising with relevant offices against corruption in the district but no action has been taken.

According to Kiplingat, they have given a lot of evidence to the IGG, the minister for Local Governments Raphael Magyezi, the then state minister for Economic Monitoring Peter Ogwang and recently, the State House Anti-corruption Unit team but no action has been taken.

"We took all these officials to the ghost projects where money has been swindled. At the end of the day, they all get shocked but they don't act," he claimed. "So why should we claim to be fighting corruption?"

Jemimah Chelangat, another anti-corruption crusader said they will now also just sit and watch as government resources get misused in the district.

"The only fight we see is lamenting, but not action, because if it was action, then Bukwo district would have been cleaned," he said.

Julius Chelimo the district chairperson Bukwo said he was also wondering what was going on, adding that a lot of information including site visits by the State House Anti-corruption Unit team has been gathered, ministry of Local Government and IGG in Bukwo but nothing has changed.

But when contacted, the resident district commissioner Samuel Hashaka Mpimbaza who represents the president in Bukwo also admitted that most of the government agencies tasked with the fight against corruption in the country have not done enough to clean Bukwo despite several visits to the district.

"It's so hurting anyway seeing the community missing services just because of the few corrupt officials in the district," said Mpimbaza.

0 #1 kabayekka 2022-10-04 21:29
Jemimah Chelangat, another anti-corruption crusader said they will now also just sit and watch as government resources get misused in the district. These are the same NRM youths who only recently were very busy promoting and praising the governance of this government.

They have failed to stop corruption let alone to stop all the very many misgivings happening in the country.

Well instead of just sitting down and keeping quiet their resignation from politics would be much appreciated so that they can go back in their countryside and cultivate millet and look after goats.
Report to administrator
0 #2 kabayekka 2022-10-05 18:24
As much as the public have been giving advise to this government and it is determined not to take it, corruption at a grand scale is going to continue.

Advice has been going on so that a medical doctor is installed into the courts of law. So that those responsible for dumping their fingers into the purse of public funds should have their small fingers cut off as they continue to work in their jobs to try and pay back the money lost!
Report to administrator