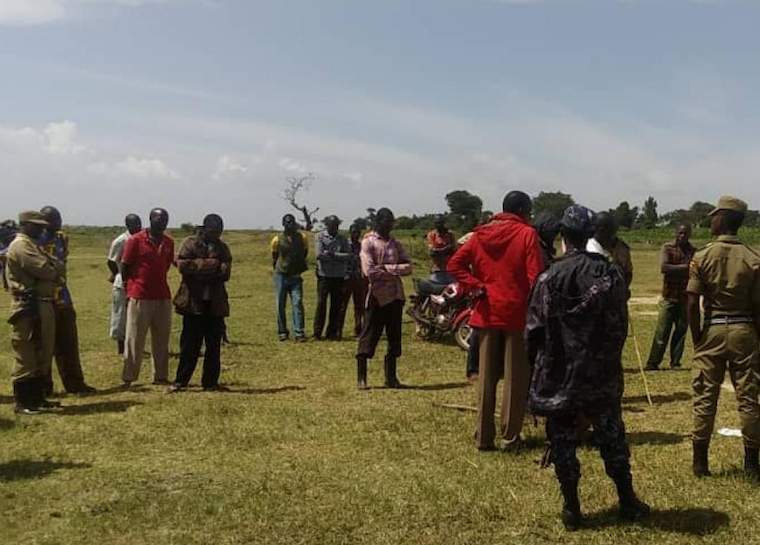 A 17-year-old boy was on Wednesday shot dead during an operation by the army fisheries protection unit in Kaliro district.

Reagan Damba, a senior two student at Bulamogi College, in Gadumire sub-county bled to death after he was shot in the back.

It is alleged that members of the unit and police marine unit dispatched their teams, to arrest dozens of fishermen who were using beach seines and small boats in Lake Kyoga's waters within the Kaliro territory contrary to the set guidelines.

The fishermen, however, turned violent and started pelting the security personnel with stones while others allegedly attempted to sink the security boats.

The security personnel retaliated by firing live ammunition in the air. It is reported that Damba was hit by a stray bullet and collapsed dead in the boat. Officials from both the army and police have declined to comment about the matter.

Adonia Wako, a fisherman attached to Butambala landing site says that he appreciates security for intensifying their efforts of 'cleaning' the lake of criminality, however, there has been an infiltration of rowdy youths who prefer violence rather than lawful means of imploring acceptable fishing practices, which he blames for triggering the violence.

A death of this kind sends shock waves across not just Bulamogi but the entire Busoga. Remedial damage limitation is called for. PS leave us to fish as we have since the dawn of time. Remove the guns from the Lakes.
Report to administrator