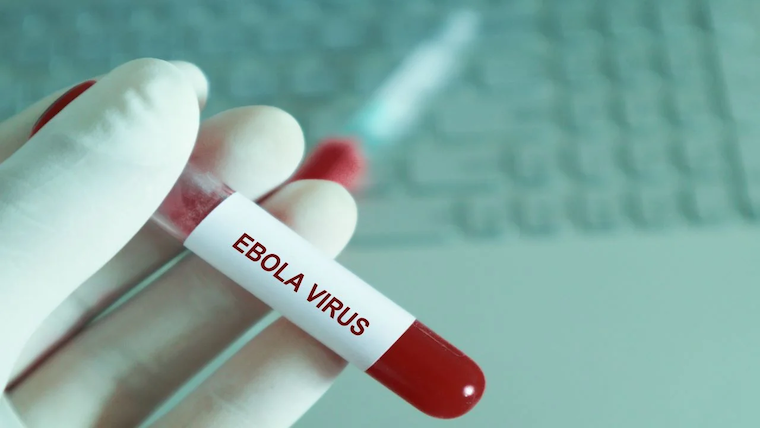 The World Health Organization (WHO) has warned Ugandan health workers against using Ebola therapeutics used to treat patients in the neighbouring DR Congo, saying these will not be effective.

Speaking at an Ebola Infection Prevention and Control (IPC) meeting for health workers held on Monday, Dr Bodo Bongomin, WHO Ebola case management co-chairperson said two Ebola therapeutics had been previously approved for use in other species of the virus but not the Sudan strain that is currently circulating in Uganda.

The two medicines; Inmazeb and Ebanga which were approved in 2020 can be used by both adults and children. Bongomin explains that Inmazeb is a combination of three monoclonal antibodies whereas Ebanga is a single monoclonal antibody - both developed using the Ebola Zaire strain.

Monoclonal antibodies are proteins produced in a lab or other manufacturing facility that mimic natural antibodies of a recovered person and can be used to stop a germ such as a virus from replicating after it has infected a person.

However, Bongomin says none of these has been tested to see if they can work to treat other species of the Ebola virus. Apart from the Sudan virus that’s currently ravaging Uganda and the Zaire strain that has both a vaccine and therapeutics, there are other four isolated strains of Ebola that too can’t be treated yet, Bongomin added.

As he said this, the country had tested and confirmed a total of 18 cases picked from six villages in Mubende, Kyegegwa and Kassanda districts. Also, the ministry of Health had reported a total of 18 probable cases who were buried before tests had been done. A total of 23 deaths are being reported just a week after the first case was confirmed.

Now, even as cases are on the increase in the country, WHO says Ugandan health workers don’t have a lot of options but resign to supportive treatment to manage symptoms, offering psychosocial support and engaging in aggressive risk communication such that patients are referred quickly for isolation.

So far, however, even as Uganda has previously managed to handle Ebola outbreaks quickly, Health minister Dr Jane Ruth Aceng says there was a lapse in the quick identification of the current outbreak.

She said the village health teams (VHTs) were not quick to report since they only got to know about what was happening in the community two weeks after the first probable cases died. Aceng now urges VHTs to go back to their communities and sensitize people on the benefits of early linkage to proper care and limiting transmission.

Experts say while Ebola initially presents with a fever, diarrhoea and headaches like many infectious diseases, a sufferer quickly gets advanced disease leading to multi-organ failure and death. Symptoms such as bleeding that are commonly attributable to the viral infection may not happen to some patients.

At the same meeting on Monday, Dr Rodgers Ayebare, an infection preventionist at the Infectious Diseases Institute (IDI)  urged health workers to embrace routine screening to rule out infection.

He also urged them to sleep under insecticide-treated mosquito nets to avoid infections like malaria whose symptoms may mimic Ebola and end them in Ebola isolation units unnecessarily. By Monday, 35 cases were in admission.