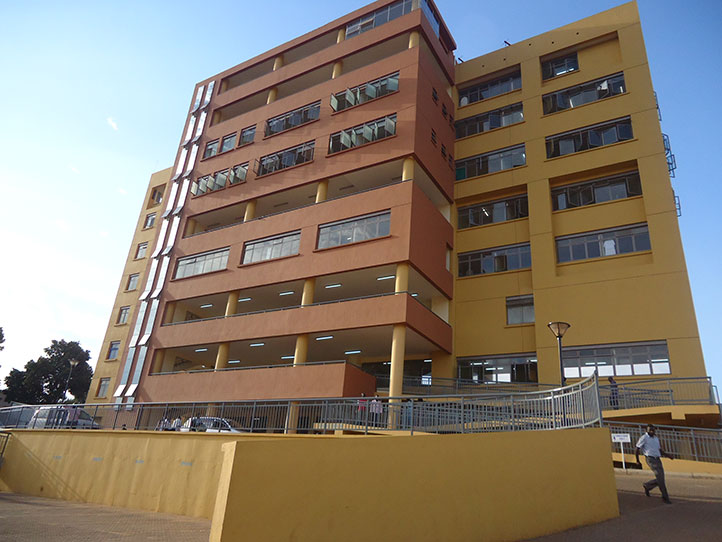 Uganda’s parliament is scrutinising a proposed law that would enable organ transplants to happen in the country for the first time, transforming the lives of thousands hoping for operations.

Annita Twongyeirwe had pictured a different future for herself. But since being diagnosed with kidney failure three years ago, the 28-year-old is preoccupied either by having dialysis or thinking about the next session.

“It has taken over my life,” she says, looking defeated.

During dialysis, a machine essentially performs the kidneys’ function and cleans the blood of waste products and excess fluids. Each session lasts about four hours and she has to go to hospital twice a week.

In between sessions, she spends most of her time at home - a relative’s house - helping out with chores where she can, and keeping an eye on a WhatsApp group she created through which friends and well-wishers can donate money.

“I was this ambitious girl. I wanted to go further with studies. I would probably be somebody’s girlfriend or wife; so, all that life is cut short. It took away all the dreams I had,” she adds.

A kidney transplant could bring them back. But an operation abroad, currently the only option, comes with a price tag of about $30,000 (£26,000) - and is out of reach of most.

Hundreds of Ugandans, who like Ms Twongyeirwe cannot afford this, live on dialysis for as long as possible. But even at the subsidised price of around $100 a week for the treatment and drugs, that is more than five times the average total income in Uganda and so is only an option for a small fraction of the population.

The ward at Kiruddu national referral hospital on the edge of the capital, Kampala, is the only public health facility in the country that offers this service. Almost 200 patients attend the clinic regularly, many of them travelling long distances. But they represent only a fraction of those countrywide living with kidney failure and in need of specialised care.

“They leave their families and livelihoods behind to live close to the hospital. This is an unnatural situation,” Dr Daniel Kiggundu, the only kidney specialist working at the unit, tells the BBC.

The ward is a cacophony of beeping machines, as nurses weave through dialysis stations attending to patients. Some of those getting treatment seem extremely weak, drifting in and out of sleep, while others sit up and chat with their carers.

The clinic runs two shifts each day, each of them taking in about 30 patients. It operates dangerously close to full capacity and there is little spare time to prepare the patients for treatment.

When Twongyeirwe is due for a session, she spends the night at the hospital in order to be ready in time. She first realised she was unwell when her entire body began to swell in 2018 and she spent 18 months going from clinic to clinic before she got the right diagnosis.

Her life was turned upside-down. She had to drop out of university where she was studying law and she lost her job. She also moved from her family home in western Uganda to Kampala, to live close to the hospital.

At home, the soft-spoken woman goes about washing dishes with such grace that, save for the plaster on her arm, it is hard to tell that she has just returned from a dialysis session.